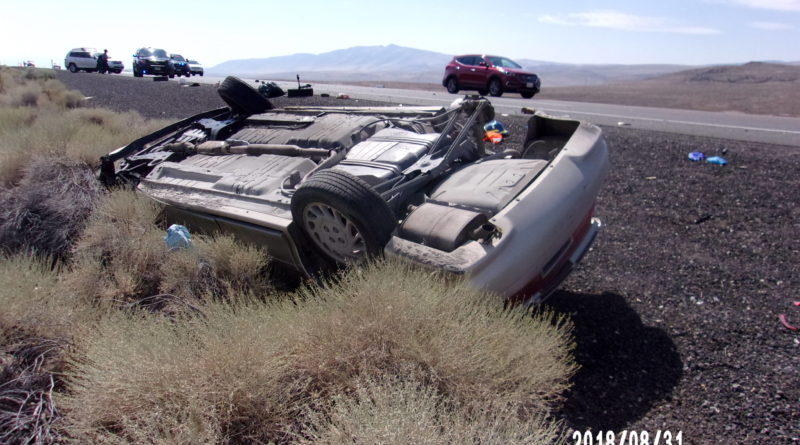 A Lovelock man was killed in a single vehicle crash last Friday on Interstate 80 east of Fernley.

NHP reports that its preliminary investigation shows that a gold 2004 Saturn sedan was traveling eastbound on Interstate 80 toward Lovelock in the left-hand travel lane. The vehicle traveled off the left side of the roadway and into the center median, striking a reflective marker post, then reentered the highway and traveled across both eastbound travel lanes, ultimately overturning on the outside shoulder.

The driver, Ramiro Torres Iniguez, 62, of Lovelock was pronounced dead at the scene, He was not wearing his seatbelt and was ejected as the vehicle overturned.

If you were a witness to this incident, or have any information regarding this collision, please contact Trooper Jericho Rogers of the Nevada Highway Patrol Fernley Substation at 775-575-5518 or jrogers@dps.state.nv.us NHP Case #180803003.