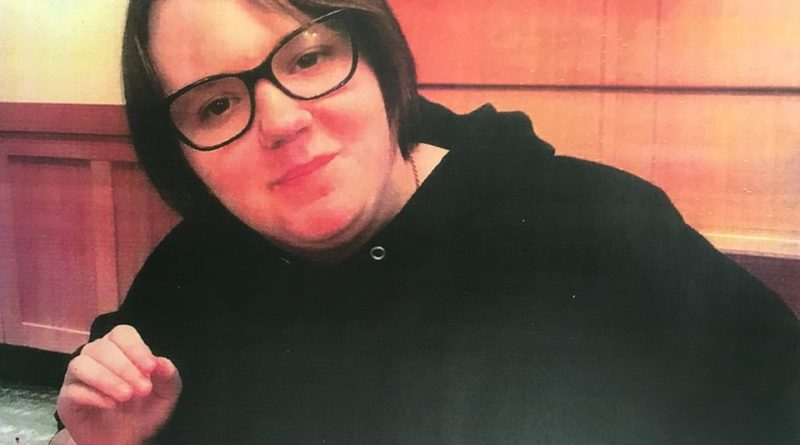 The Lyon County Sheriff’s Office Detectives Division is asking for the public’s help in locating a runaway juvenile.
At approximately 3:02 p.m. March 16,, 14-year-old Sydney Miller was seen walking away from her home by a family member. Sydney has not returned home and her whereabouts since that time are unknown.
Sydney is described as a Caucasian female, five feet six inches (5′ 06″) tall and weighs approximately 195 pounds.
Sydney was last seen wearing green camouflage pants, a blue pullover hoodie-style sweatshirt, and prescription glasses with black colored frames. Sydney was carrying a gray and blue colored backpack at the time she left her home.
Though Sydney’s whereabouts are unknown, it is believed she may currently be hiding out in Carson City and/or the Reno/Sparks areas.
Anyone with information is encouraged to contact the Lyon County Sheriff’s Office Dispatch Center at (775) 463-6620, or Detective Mike Messmann from the LCSO Detective Division at (775) 577-5206. Refer to case number 19LY01240.