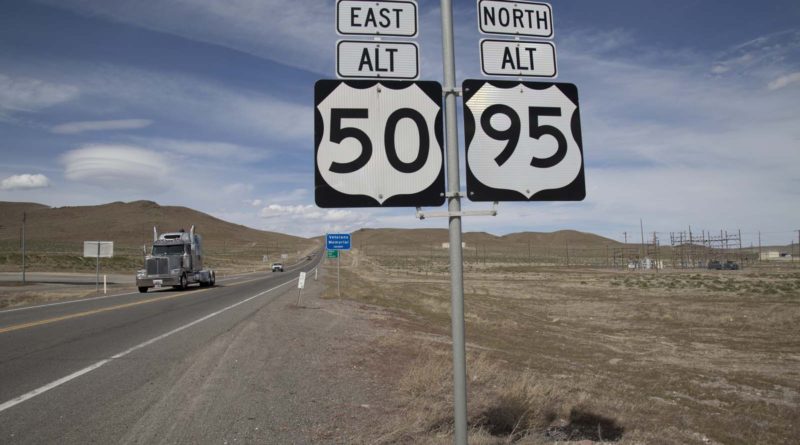 Beginning tomorrow, May 9, drivers will see up to 20-minute travel delays on U.S. 95A between Silver Springs and Fernley. NDOT is beginning heavy construction on a project to repave and add passing lanes to the road. Single lane traffic with a flagger and pilot car will periodically be in place weekdays primarily between 8 a.m. and 4:30 p.m. through early fall.

Periodic single lane and shoulder closures will be in place through fall on U.S. 95A north of Silver Springs as the Nevada Department of Transportation repaves and adds passing lanes to the highway.

Through late fall, periodic lane and roadway shoulder closures will take place on Alternate U.S. 95 between Silver Springs and Fernley. Approximately 11 miles of U.S. 95A will be repaved between U.S. 50 in Silver Springs and Royal Oaks Drive south of Fernley. A cold in-place recycling technique will incorporate and recycle the existing pavement surface into new roadway base which will be topped with three inches of new asphalt. Two new 4,700-foot long passing lanes, one in each direction, will be constructed and one northbound truck climbing lane installed. Roadside guardrail will also be replaced, and three new animal crossing signs installed.

The approximately $7.6 million project by A&K Earth Movers, Inc. will improve the highway for the nearly 5,000 drivers which travel it daily. Further project information is available at www.nevadadot.com or by dialing (775) 888-7000.