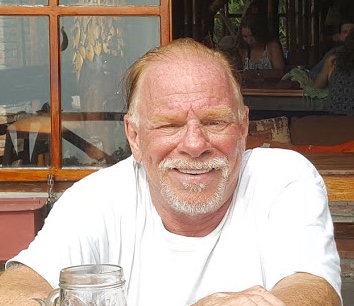 John “Johnny” George Mooney, 59, passed away suddenly of a heart attack on August 10, 2018, while working in California. John is predeceased by his parents, George and Mary (Williams) Mooney, and his stepbrother, John Karl (Kary) Albright. He is survived by his brother, Scott Mooney, of Michigan, and sister, Margaret (Emery), of Florida.

John’s profession was truck driver, taking him to many states across the U.S. Johnny was a true free spirit and traveler of the earth, riding his Harley motorcycle on trips to Mexico, Guatemala, Panama, Columbia, Ecuador and throughout the United States.

John was born in Detroit, Michigan, on May 16, 1959, and moved to Arizona in his late teens, remaining in the West and spending most of his life in the Fernley, Nevada, area. At the time of his death John was a resident of Denton, Texas.

One thought on “John G. Mooney”