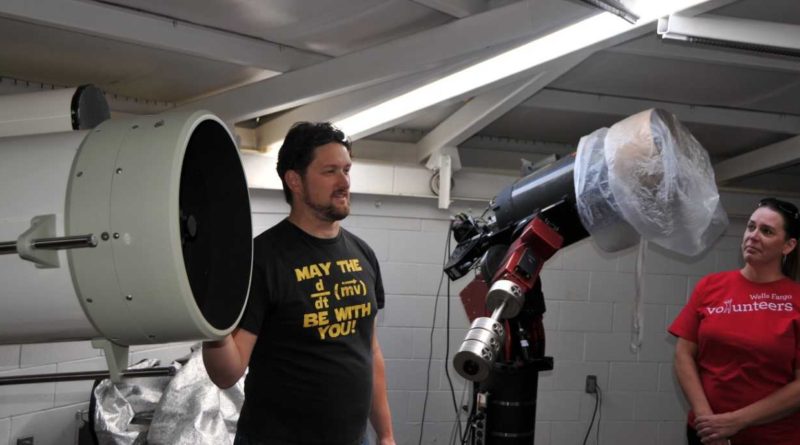 Don’t have the time or means to travel to the pathway to view a total solar eclipse later this summer?

Jack C. Davis Observatory at Western Nevada College has you covered when the moon covers the sun on Aug. 21.

Although Carson City will be hundreds of miles south of the path of totality and will experience a partial eclipse, the public can get a better view of the solar eclipse on that Monday morning at the observatory on the Carson City campus.

The observatory will be open from 8:30 a.m. to noon to capture an event that last happened in the U.S. 26 years ago and hasn’t included a coast-to-coast pathway in 99 years. Prime viewing locations across the country, such as Salem, Ore.; Idaho Falls, Idaho; Lincoln, Neb.; Nashville, Tenn.; and Charleston, S.C., will be able to enjoy seeing the moon enveloping the sun for more than 2 minutes in some places.

For attendees who want safe viewing of the eclipse, Herring will provide a few telescopes with appropriate filters, as well as access to the Sunspotter.

“Don’t ever look directly at the sun without a proper filter during an eclipse,” Herring said.

Even if the weather turns overcast, Herring said the observatory will be open to “see whatever we can.”

The path of totality will enter the U.S. on the Oregon Coast and exit on the coast of South Carolina. It will take less than 2 hours for the entire swath of total eclipses to occur across the country.