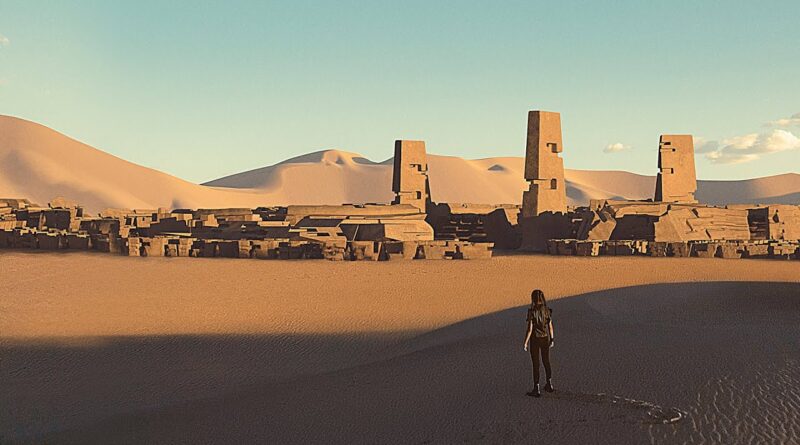 The highly controversial Innovation Zones legislation that went before law­makers during the 81st Legislative Session was pulled before being voted on. How­ever, just because the multimillion-dollar blockchain technology company, Block­chains, LLC and its elected Nevada pro­ponents have not been making headlines does not mean the proposed legislation is dead in the water. Far from it.

Governor Steve Sisolak shared with the public his intention to propose Innovation Zones legis­lation during his 2021 State of the State address last January. Accord­ing to Sisolak, Innovation Zones will draw companies that are de­veloping groundbreaking technol­ogies to Nevada, without tax abate­ments or public financing. Behind the concept lies Blockchains, LLC, a major technology company now based in Sparks, vying to lead the way in innovative cryptocurrency and blockchain technologies. With that technology, they plan to build Nevada’s first Smart City.

In 2018, Blockchains, LLC purchased 67,000 acres in Storey County surrounding the manu­facturing and technology mecca in the Tahoe Reno Industrial Park. With 20,000 acres slated for the city, Blockchains terms the project their “Sandbox City” – which includes the concept of installing an independent and sovereign government on par with Neva­da’s other county governments.

Last June, Nevada legislators decided not to vote on the Innovation Zones bill as drafted (BDR 22-1109) and assigned a Joint Special Committee to review further and assess the bill’s viability for the State. The committee, chaired by Nevada As­semblywoman Teresa Benitez-Thompson, met in August and again on September 21. Benitez-Thompson appeared as a guest speaker and interviewee during the Nevada Press Association annual conven­tion in Reno on September 18. Peppered with questions by some of the state’s most influential journalists, the assemblywom­an faced a roundtable of devil’s advocates, primarily interested in the potential fallout if the Innovation Zones legislation is approved.

Interview moderator and Reno Gazette-Journal executive editor Brian Duggan posed two questions that appear to resonate with residents, stakeholders, and legislatures that have concerns about the proposed legislation. “Why are we still discussing this and the possibility of a ‘so called’ smart city? and why autono­my is even necessary in the first place?”, asked Duggan, “I have yet to have anyone explain realistically why the autonomy is necessary?”

“There is a piece of this that I am fascinated by,” Benitez-Thompson re­sponded, touting the benefits of having conversations with a company that says they want to come forward and talk about the economic impacts at the beginning of a project, versus 10-15 years down the road. “I think the ask is intriguing because the way we have always done economic development in this state is that you apply for and get this big abatement and that is just money out of our general fund,” she said. “Yes, there are benefits, but they come 15-20 years down the road, and that is a whole cohort of school children whose schools are never going to benefit. So, the fact that they’re saying ‘We don’t want abatements, we want a little more autonomy’ – I am interested in that conversation for Nevada.”

According to the assem­blywoman, the conversation with Blockchains, LLC is in motion. “We have already heard from the very first meeting that Blockchains and their representatives are saying ‘Look, we are kind of open to a level of autonomy – it doesn’t have to be a county,” Beni­tez-Thompson stated. “And so I think you see a movement away from a county to a GID (General Improvement District) or maybe it’s a city.” She also reported that Blockchains, LLC is vying for more flex­ibility and freedom from some of these regulations for a while – or more, and flex­ibility in how they establish themselves without always having to go through a county commission.

Benitez-Thompson seemed to believe that this will come down to permitting. And, if the legislation passes as is, the tech company and others like it would be established right below the state – almost a creature of the state for which she finds the idea intriguing. She explained there is a big difference between Blockchains wanting to be a county rather than a jazzed up GID. “For the first time, you would have a business that is a creature of the state, because counties are crea­tures of the state and local governments are creatures of the state. They don’t have to respond to a city council, they respond to the state legislature.” Regarding a level of autonomy, “It is up to them to make their case about how that would work,” she stated, “We have let them know, ‘You have to get a little more specific in what you mean by that and what that looks like’.”

The topic of water interrupted further pressing questions about less oversight and greater autonomy for this unknown type of entity. “First, we have to talk about water and do we have the water to support the amount of resi­dents that they envision – remember that conversation is happening whether it’s’ Blockchains or not,” Benitez-Thompson said. “Storey County says they are plan­ning on having another 30,000 residents out there, but their water GID doesn’t have enough water for that. We already have that problem from the get go, regardless. Impacts of 4,500 residents that live there but approximately 40,000 that work there. It’s a commuter county, questions remain about housing them, in what time frame, and what this means.”

Water and autonomy are only a few of the headwinds facing both the Joint Special Committee and Blockchains, LLC. With the State’s largest and most potent PR firm at the helm lobbying for Blockchains, LLC, it’s anybody’s guess as to what lies next. Even the most econom­ically beneficial projects carry with them unintended consequences. Let’s hope they are flushed out before the legisla­tion is pushed into a special session.