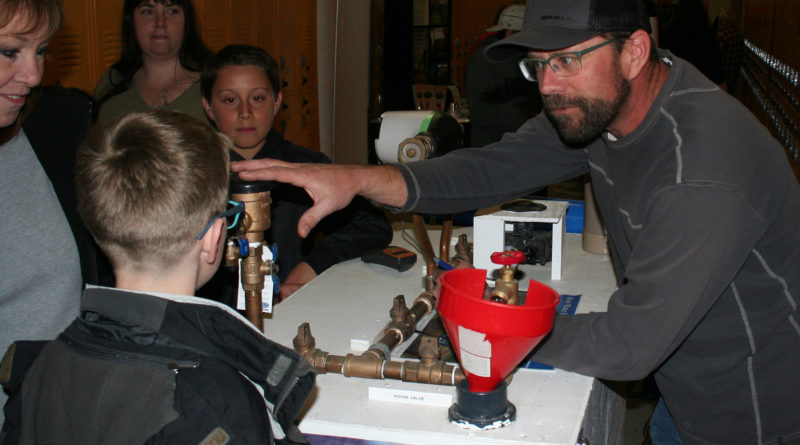 Judging of the student projects was completed Wednesday in three categories – Science Project, Invention and Demonstration.

Best of Show in the Invention category was awarded to Serena Salazar, Shylo Brown and Cameron Standen for their project “Operation No Stagnant Water”.

In the Traditional Project category, Jordan Edwards was awarded Best of Show for his project “Fire Fast”.

Jacob Bigrigg was awarded Best of Show in the Demonstration category for his project Straw2.

Among the exhibitors were Tesla, with one of its electric cars, The Nevada Department of Wildlife, WNC Specialty Crop Institute, City of Fernley, the Lyon County Sheriff’s Office robot, UNR Mobile Engineering and many others.