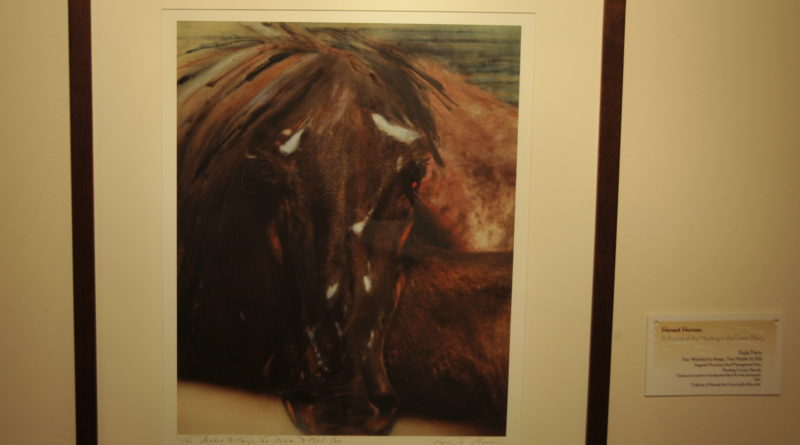 During a three-year stretch nearly 20 years ago, artist and historian Paula Morin photographed wild horses in their natural surroundings in the Great Basin. One of the centerpieces of the evolution and development of the American West, the mustang still remains one of our country’s mysteries.

Morin’s project shed some more light on the culture and lifestyle of the mustang. Afterward, Morin created Honest Horses: A Portrait of the Mustang in the Great Basin that is now part of the Nevada Touring Initiative-Traveling Exhibition Program.

Morin’s work will be featured in Western Nevada College’s Main Gallery until April 13.

Through her work, Morin illustrates the relationship between the mustang to the culture and landscape of the expansive Great Basin, a high desert region that spans from the Sierra to Utah’s Wasatch Range and reportedly contains 50 percent of the country’s wild horse population. Each one of her black and white photographs was created, printed and then colored by hand with oil-based paints.

Curated by Morin and organized by the Nevada Arts Council, Honest Horses: A Portrait of the Mustang in the Great Basin is part of the Nevada Touring Initiative-Traveling Exhibition Program and is funded by the National Endowment for the Arts and the Nevada State Legislature.