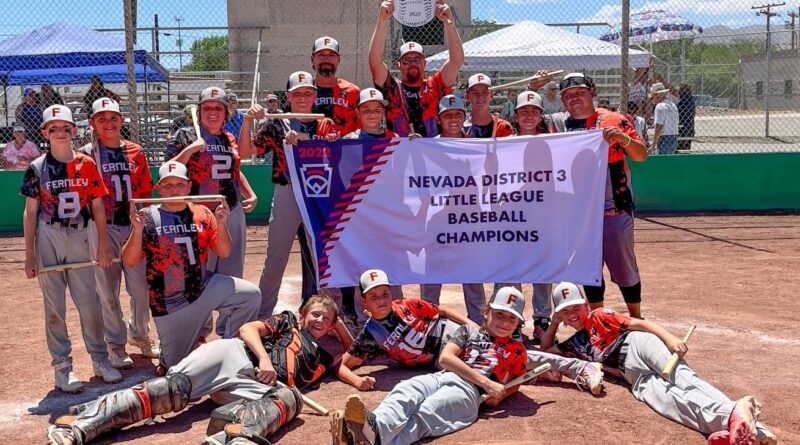 With a close loss to Carson Valley and mercy-rule loss to Paseo Verde, the High Desert Little League 12-year-old all stars were eliminated in two games from the Nevada State Tournament.

High Desert opened the tournament with a strong effort in an 11-8 loss to Carson Valley.

High Desert led 5-1 through three innings, keyed by a three-run double by Hector Bernal in the first inning. In the third, Maverick Parks stole home and Drake Lyon hit a run-scoring single. Carson Valley tied the game in the fourth, but Carson Glass gave Fernley a 6-5 lead in the bottom of the fourth with a run-scoring single. Carson Valley went up 9-6 in the fifth and 11-6 in the sixth, and Fernley’s comeback attempt ended after Parks singled in two more runs in the bottom of the sixth.

“The boys played great and I was very pleased with their effort,” manager Steve Henderson said.

In the second game, Paseo Verde scored 12 times in the first inning and four more in the second.

Paseo Verde then beat Carson Valley 17-8 in the championship game, its fourth state championship since 2008 and the 22nd consecutive year a team from Las Vegas or Henderson has won the title.

“It was a great experience for our boys to face great competition,” Henderson said. “They never gave up and competed and that is all I asked for.”