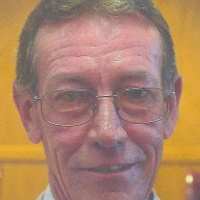 Greg was born November 17, 1957 in Yerington, Nevada and passed away August 19, 2019 in Carson City, Nevada. He was raised in Mason and Smith Valleys, and attended Smith Valley Schools.

Since the age of 16 years old, Greg was part of the family construction business– running equipment, driving trucks and doing just plain labor. In 1984, he became a co-owner and manager of the Mason Valley Country Club in Yerington, with its restaurant, bar and golf course, which the family owned and operated for 16 years. When his dad, Harvey, was killed in the crash of his plane in 1992, Greg took over the management of the family’s 750-acre alfalfa ranch in north Mason Valley until it was sold to Peri and Sons. In 2002, Greg, along with his brother and sister, became the owners of the family business, Hunewill Construction Company, which has offices in Winnemucca and Wellington, employing 70 to 80 people. Greg served as the corporation’s vice president. The company recently celebrated its 61st anniversary.

Greg was a strong and dedicated member in our community. He was a past Smith Valley 4-H Community Club Co-Leader, and past member of the Mason Valley Chamber of Commerce Board. From 1982-86, Greg served as director of the Smith Valley Fire District. From 1989-92, he served on the South Lyon County Hospital District Board of Trustees. From 1995-99, he served on the administration board of the South Lyon Health Center, Inc. as a board member.

Greg had served the people of Lyon County, District 5 (Yerington, Mason Valley, and Smith Valley) in the position of county commissioner, from 2014 to current. Greg enjoyed spending time with his family and friends, and was extremely proud of his heritage, including being a 3rd generation Nevadan. He loved cooking and often developed his own awesome recipes! He was a wonderful host and enjoyed sharing his home and his talents with others. He also enjoyed his beautiful yard, which was surrounded by the beauty of the Nevada high desert and frequented by wildlife of all kinds.

If you were related to or were an acquaintance of Greg’s, you were the lucky one! He was a unique individual and one of the few men in this world with a gigantic heart! From that gigantic heart, he gave and gave and gave…and always with a wide beautiful smile on his face!

Greg was preceded in death by his father, Harvey Hunewill and his nephew, Logan Hunewill. He is survived by his mother, Phyllis Hunewill of Smith Valley; sister, Lynda (Donald) Giorgi of Yerington; brother, Loren (Tonya) Hunewill of Winnemucca; nephew, Spencer Hunewill and two nieces, Kara Giorgi and Dallas Hunewill.

Greg’s celebration of life will be held Saturday, August 24, 2019, at 10 a.m., at the Holy Family Catholic Church, 103 N. West Street, Yerington, Nevada. Immediately following the services will be a reception at Catholic Center, directly behind Holy Family Church.  A private burial will be at the Hillcrest Cemetery in Smith Valley.

Family and friends are invited to sign his online guest book at www.FRFH.net, also sympathy cards may be sent directly from this site.