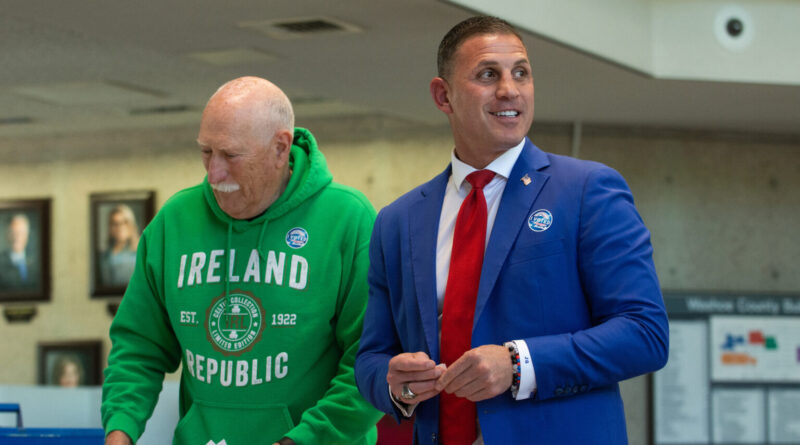 Joey Gilbert has filed an election contest lawsuit after initial results, and then a subsequent recount made at his request, showed he lost the Republican governor primary by about 26,000 votes to Clark County Sheriff Joe Lombardo.

Robert Beadles, a cryptocurrency millionaire and activist who funded the recount, wrote on his website that the lawsuit was filed Friday in Carson City District Court and will prove that “Joey Gilbert rightfully won the primary with 100% certainty.”

“It’s simple; we prove with mathematical certainty Joey Gilbert is the winner of the primary gubernatorial race and that he had over 55,000 votes taken from him,” Beadles wrote. “It’s a slam dunk case. We’ll post the suit, the exhibits, opinions, etc., as soon as the State publishes them.”

The Las Vegas Review-Journal reported that the lawsuit was filed by attorney Craig Mueller, who was involved in several unsuccessful Republican candidates’ challenges to 2020 election results. The newspaper reports the lawsuit alleges an “illegal geometric formula” affected the vote-counting process.

A copy of the lawsuit was not immediately available. The secretary of state’s office, county and state election officials and Mueller did not return requests for comment on Friday evening. A Gilbert campaign spokesman said no more details would be forthcoming until the court publishes the information.

Gilbert, a Reno attorney, needed to file an election contest no later than Monday to meet state deadlines.

Former President Donald Trump’s campaign unsuccessfully filed an election contest lawsuit in the 2020 election, but the effort sputtered in court after the campaign was unable to show sufficient legal evidence to overturn President Joe Biden’s 33,596-vote margin of victory.

Nevada law allows candidates or voters to contest an election, and lays out a variety of grounds on which a contest can be brought, including proof that an election board was guilty of malfeasance or illegal or improper votes were cast in an amount equal or greater than the margin of victory or “in an amount sufficient to raise reasonable doubt as to the outcome of the election.”

Only two elections in state history have been overturned after a legal challenge — one time for a Douglas County state Senate seat in 1878, and in a 1970 Assembly race where a faulty voting booth incorrectly marked votes for the wrong candidate.

A statewide recount Gilbert paid for revealed the candidate received seven fewer votes than in the initial count, according to a Nevada Independent analysis of county-level results. Gilbert has refused to concede the race.

Carly Sauvageau and Riley Snyder contributed to this report.