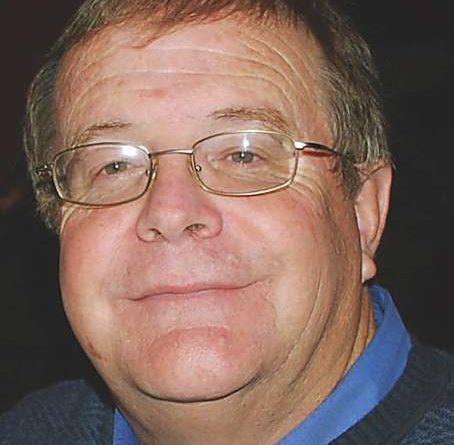 Dave Gelmstedt, who started his coaching career in Fernley before winning 10 state championships as girls basketball coach in Hawthorne, and Steve Ranson, Editor Emeritus of the Lahontan Valley News in Fallon, are among 10 people from Northern Nevada who will be inducted into the Nevada Interscholastic Activities Association Hall of Fame in March.

The individuals set to be inducted as the NIAA’s 26th class are Bob Bateman, Brianne (McGowan) Durfee, the late David Gelmstedt, Paul Gray, Joe Humasti, Worth Nelson, Richard Peraldo, Steve Ranson, Mark Smith and James Whisman – have secured for themselves a special place in the history of Nevada high school athletics by the sheer magnitude of their contributions to the youth of the Silver State.

“The 10 individuals we are inducting have contributed greatly to high school athletics in Nevada as an administrator, athlete, coach, contributor and/or official,” said Mr. Bart Thompson, Executive Director of the NIAA. “They have made a positive impact on the young men and women of our state in some very important ways, and they have helped to make many of their dreams come true.”

The NIAA will host the 26th annual NIAA Hall of Fame induction ceremony Thursday, March 22, beginning at 6 p.m in the Capri Ballroom of the Peppermill Resort Casino & Spa.

Chris Healy, a long-time Commissioner of Officials in baseball for the Northern Nevada Officials Association, will serve as the Master of Ceremonies.

David Gelmstedt passed away unexpectedly on Jan. 4. He is known for his legendary successes as the girls basketball coach at Mineral County High School from 1985 to 2003. Gelmstedt started his career as a junior varsity girls basketball coach at Fernley in 1979. He began in Hawthorne in 1982-83 as the junior varsity football coach. He also assisted with the softball program for 13 seasons (1985-1997, winning state titles in 1994 and 1995), served as the head football coach for two seasons (1985 and 1986), and worked as the Student Council Advisor for 10 years (1993-94 through 2002-2003). Gelmstedt’s varsity girls basketball teams captured 10 state championships and 11 conference titles. He led the Serpents to a 393-84 record over the course of those 18 seasons, and he was the first coach to have a team win both the state academic and state athletic crowns (1996, and again in 2000). He was a 10-time Nevada Coach of the Year.

Steve Ranson is a legendary figure in the “old” world of print and broadcast journalism. He worked as a radio news announcer and play-by-play sportscaster for KBET Radio in Reno from 1968 through 1974, as a sports reporter for the Wells Progress newspaper from 1976 through 1983, and as the Sports Editor (1987 through 2008) and Editor in Chief (2008 through 2017) for the Lahontan Valley News newspaper in Fallon. Ranson’s reach into the high school activities and athletics realm extended beyond his contributions as a member of the media. Ranson served as the Student Council Advisor at Wells High School from 1977 through 1984 (and as the Northeastern Nevada region advisor for all but one of those school years), and led the Elko High School – Carlin High School – Wells tri-hosting of three state conferences during that time. Ranson, furthermore, had coaching stints at Wells (1976-1982, junior varsity head and varsity assistant for football) and Churchill County (1987-1990, freshman head and junior varsity assistant for football) high schools.

Bob Bateman was an educator and a coach for 43 years overall. Bob served as the Athletic Director at Carson High School from 2009 through 2016. He worked as the head coach at Carson from 1993 through 2000, compiling a 44-30 record and leading the Senators to their first-ever football league title in 1998. Bateman served as the head track and field coach at Carson for eight years and led the girls program to its only two state championships (1982, 1987). Bob also assisted with the Carson football program from 1977 through 1980, the Douglas football program from 1981 through 1992 and again from 2001 through 2007, and back at Carson from 2008 through 2013. He hosted countless region and state championship tournaments at Carson in a handful of different sports for the NIAA while working as the Athletic Director.

Brianne (McGowan) Durfee set numerous state single-season and career pitching records in softball over the course of athletic her career at Wooster High School. Her name is listed multiple times in the wins, strikeouts and earned run average categories in the Nevada State High School Record Book. She earned status on the All-State First Team all four years as a pitcher. Durfee was also an all-Region selection in basketball and volleyball, earning the perfect total of 12 varsity letters. She led the Colts to four consecutive large-school classification softball championships (2000-2003) and was named the Gatorade State Player of the Year for her junior and senior seasons. She went on to win 100 games (pitching) and achieve all-America status at Oregon State University (leading the Beavers to the College World Series in 2006), and be selected as a finalist in the U.S. Olympic team’s softball tryouts.

Paul Gray was one of the key figures on the Reed High School campus during an era when the Raiders were celebrating a variety of sport team successes. He served as the head varsity boys basketball coach for 18 seasons (1988/89-2007/08, with one season of absence in 2001). He had previously worked as the freshman coach (1982- 83), the junior varsity coach (1983-84 and 1984-85) and as a varsity assistant (1985-86 through 1987-88). Gray’s teams qualified for the region tournament 15 times in those 18 seasons, capturing three championships and finishing as the runner-up three times. He led the Raiders to the state tournament in nine seasons. Gray, who concluded his Reed coaching career with a 331-152 record, was named the Northern Nevada Coach of the Year two times. He served as Vice President of the Nevada High School Basketball Coaches Association from 1992 through 1994. The Edward C. Reed High School gymnasium floor was dedicated as “Paul Gray Court” in February, 2010.

Joe Humasti is the most successful girls golf coach in Silver State prep history. He led Incline High School to nine state championships, including five consecutive from 2012 through 2016, and two state runner-up placings over the course of his 27-year career. His girls golf teams also captured 13 region titles between 1991 and 2017. Humasti coached the Incline boys golf team to two state championships (1993 & 2015) and four division titles during a similar 26-year span (1991-2016), and the Incline skiing teams four state event crowns over a 10-year period (2004-2013). He coached 10 different individuals to state titles, including Katelyn Wright to four straight girls golf victories (2006-2009). Humasti, who started at Incline as its tennis coach (1988), served as the NIAA’s Class 2A/Division III state golf tournament director on at least 12 occasions between the boys and girls seasons. Humasti, a multi-time golf Coach of the Year, was bestowed with the Hyatt Regency Lake Tahoe’s Human Spirit Award in 2015.

Worth Nelson is one of those greats who came back to teach and coach at the school from which he graduated. He graduated from Battle Mountain High School in 1979, and returned to head coach basketball (a combination of junior varsity boys, varsity girls and varsity boys) from 1989 through 2013 and also varsity baseball from 1990 through 2015. Nelson accumulated more than 400 total victories as a basketball coach, winning three league titles and two state runner-up trophies along the way. Nelson posted a 445-273 record as the baseball coach, garnering eight league crowns, one state championship and six state runner-up placings. He was a two-time Northern Coach of the Year in basketball and five-time Northern / two-time state Coach of the Year in baseball. All told, Nelson finished his 26-year coaching career with more than 850 wins.

Richard “Dick” Peraldo was a standout three-sport athlete at Humboldt County High School and boys basketball coach at Sparks High School. He earned four varsity letters in baseball (starting all four years while pitching and playing shortstop), two in basketball and two in football. Peraldo, who earned all-State status in all three sports, was inducted to the Winnemucca Hall of Fame in 2000. He served as the head boys basketball coach at Sparks for 12 years (1977-1989), capturing two conference titles and two zone runner-up trophies. He also assisted at the varsity level with the Reed baseball (zone champions and a state runner-up in 1976) and Sparks boys basketball (1994-1996) teams. Peraldo’s other head coaching duties included 17 years of girls golf (1977-1994), 10 years of boys golf (1989-1998) and three years of softball (1986-1988) at Sparks. He has 66 sport seasons of coaching to his credit.

James “Jim” Whisman was a celebrated athlete at Sparks High School, coach at Reed High School and official for the Northern Nevada Officials Association’s basketball chapter. Whisman was a four-year varsity starter in baseball who earned three First Team all-State accolades and two Conference Player of the Year honors. He was also a two-year starter on the varsity basketball team. Whisman was named Sparks High’s Athlete of the Year in 1967. He went on to play two years of baseball at Nevada (pitcher and shortstop) and six years professionally in the Kansas City Royals’ and New York Mets’ farm systems. Whisman coached 12 seasons of girls golf (one zone title), three seasons of boys golf (one zone title), 10 seasons of varsity baseball (two zone titles) and four seasons of varsity softball (four zone titles and three state championships) at Reed. He also refereed basketball for 28 years (serving as the Commissioner of Officials for four years), earning 18 state finals’ game assignments and more than 100 state playoff games overall during the course of his officiating career.

Mark Smith is celebrated for his contributions to high school athletics not only as a long time head varsity (boys and girls) track and field coach and assistant varsity football coach, but also for his involvement with special needs student-athletes throughout the duration of his teaching career. Smith served as the assistant varsity football coach at Wooster High School from 1989 through 2000 (helping to lead the Colts to state championships in 1994 and 1995). He worked as the head boys and girls track and field coach at Wooster from 1989 through 2002, at Bishop Manogue High School for the 2003 and 2004 seasons (state championships), and at Reno High School from 2005 through 2015. Smith, who was a three-time Northern Nevada Coach of the Year (1993, 1996, 2005), was bestowed with the Nevada AHPERD Distinguished Educators for Professionalism Award in Teaching in 2007. He also worked as the Washoe County School District’s Adaptive Physical Education Specialist from 2001 through 2016, designing and implementing a host of physical education programs for students with disabilities so those students could have the opportunity to participate with their peers.