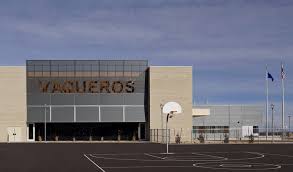 The Fernley Intermediate School and Silverland Middle School wrestling team finished its 2018 season with 22 qualifiers, 10 placers and one champion at the Tah Neva championships in Lovelock.

Alissa Moore was the other eighth grade qualifier.

After progressing through most of the season with 50-plus wrestlers, the numbers sharply declined about midway through.

“We started out with a huge group of kids. Having too many kids is a great problem to have,” said head coach Scott Gillespie. “As the season progressed we lost more kids than usual. We had an epidemic of quitters around the qualifying tourney, which hurt us during the championships.  Quitting is just

second nature to some kids and parents, sad to say.”

“The kids who stuck it out until the end and refused to give up are an awesome group.” Gillespie added.  “I have great coaches working with me, and our youth program in town is top notch. The work that we all put in shows with these kids on the mat. Our goal every year is to just keep building. A tradition of excellence is a very difficult thing to instill. We are definitely on the right path.”