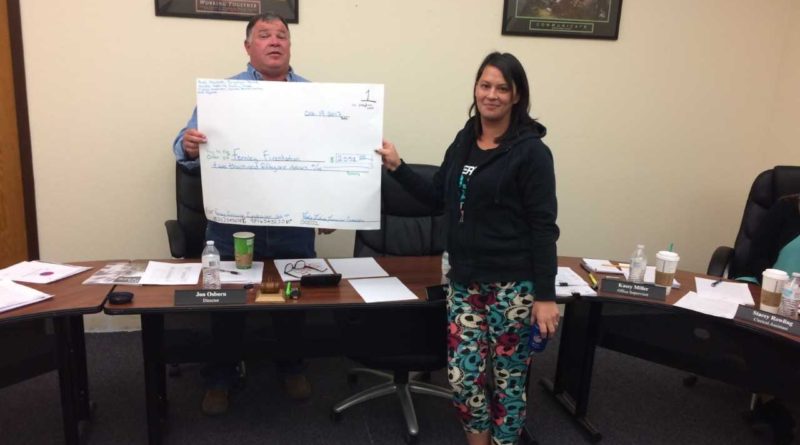 The Fernley Firehouse Fundraiser organized and hosted by a group of Fernley women raised more than $2,000 for the North Lyon County Fire Protection District.

The event, which was hosted at the Main Street fire station, was created by a group of women in appreciation of the fire district’s response to several fires caused by illegal fireworks on the 4th of July.

The event was planned and hosted by a group that included Jackie Lopez, Becki Howlett, Monica Anderson, Jessica Snapp, Vanessa Garcia and Jennifer Hopkins and featured several different activities, food and an auction.

Also at the meeting, Fire Chief Scott Huntley and Lyon County Commissioner Ken Gray each presented certificates to Anderson to be given to each of the people who helped with organizing the fundraiser.

Lopez said the group hopes to organize a similar fundraiser for the Fernley substation of the Lyon County Sheriff’s Office.