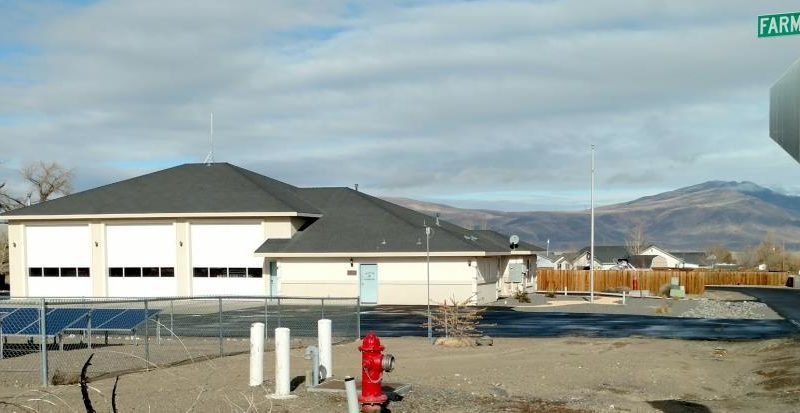 Hoping to significantly cut down response times to the east end of Fernley, the North Lyon County Fire Protection District will be reopening Station 62 located off Farm District Road, and will be staffing it permanently with two firefighters.

The change will take affect in September, and the District will be hosting an Open House at Station 62 from 5-8 p.m. on Sept. 7.

New fire chief Jason Nicholl announced his plan to reopen the station at the Aug. 8 meeting of the district’s Fire Board as the first major change as part of a strategic plan he laid out for the district.

“Two people can effect a live-saving rescue, and we can do it out of current, existing funds,” Nicholl said.

While two firefighters are not enough to enter a burning building under National Fire Protection Association standards, they can perform rescue operations. But about 85 percent of the calls the district receives are for emergency medical services, and Nicholl said having two responders responding from Station 62 instead of from Main St. will greatly reduce response times. Of the 283 incidents the fire district was called to in July, 243 were EMS calls.

“It allows us to better meet the needs of the community without busting our budget,” he said.

Station 62 has not been staffed since 2015, due to budget cuts and fire personnel shortages.

The Open House on Sept. 7 will be at the station ay 1300 Red Rock Road. The public is invited to meet and greet local firefighters, staff, and volunteers. In addition, the station will be open for tours, a barbecue, and festivities for kids including attendance by Smokey the Bear.