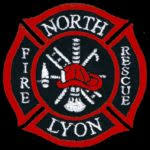 The North Lyon County Fire Protection District Board of Directors has chosen the Reno firm Gladding & Michel, Inc. Investigative Services as its independent third-party investigator into complaints lodged against fire chief Scott Huntley by the firefighters union and members of the public.

The board had sought recommendations from the Nevada POOL/Pact, the public agency insurance pool the district is part of, and was presented with a list of three independent human resources investigators.

The board also appointed director Pat Hon as the board’s point of contact with the investigator and voted to request the investigation be expedited as much as possible.

Board members agreed by consensus that they would complete a list of specific questions and issues to be investigated by Friday, July 20.

Many of the complaints against Huntley come from a Vote of No Confidence letter submitted by the Firefighters Association against Huntley, that listed several complaints that the union charges has resulted in stagnation of the district, failure to provide optimal service to the community and substandard safety for staff.

Among the complaints in the union’s No Confidence letter are that Huntley has failed to capture additional revenue sources for the district, provide a direction or future plan for the district, develop and maintain positive working relationships with the city of Fernley and surrounding agencies, demonstrate knowledge of the district’s budget, demonstrate appropriate fireground safety and maintain a positive working relationship with the union.

Board members have also reported they’ve received complaints from the public about Huntley living outside the district and commuting to and from his home in Mason Valley in a district vehicle, about how much time he spends in the district and at work.

The district’s legal counsel, Jack Angaran, said the investigator will examine all of the facts, allegations and rumors relating to the list of issues provided by the board to be investigated.

Huntley said he has complete confidence in either of the three investigative firms presented to the district.