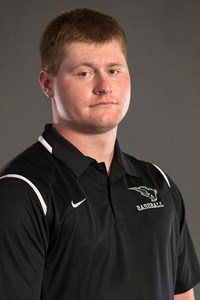 Fernley High School graduate Shane Kelso was selected by the Los Angeles Angels in the 24th round of this week’s Major League Baseball draft.

Kelso, a 6-foot-3 right-handed pitcher, was 4-3 with three saves this season for Oklahoma Baptist University. He played at Feather River College before transferring to Oklahoma Baptist, where he struck out 62 batters in 43 1/3 innings and had an earned run average of 5.40.

The Bison won the 2019 Great American Conference Tournament title and earned a trip to the NCAA Division II Tournament, where they lost in the championship series in Central Region 1 to defending national champion Augustana.

Kelso throws a fastball that touches 97 miles per hour and a hard slider.