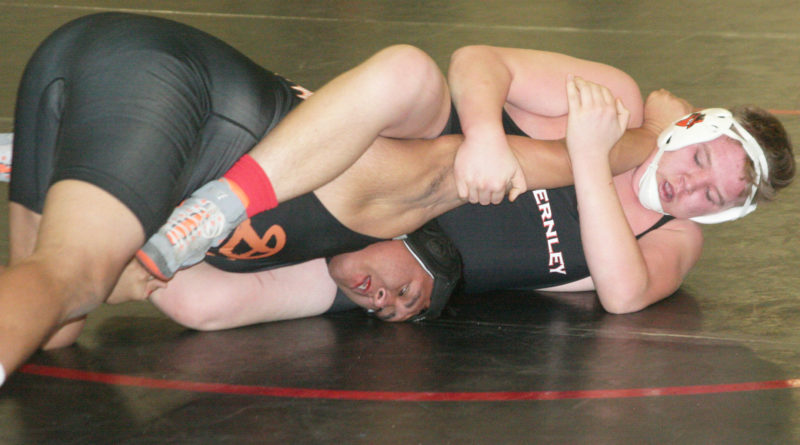 Setriano Piroddi won the championship of the 220-pound weight class, Carter Chapin was the 160-pound and Corbin Henderson took the title at 106 pounds.

“It was a great first tournament,” coach Scott Gillespie said. “Our older, more experienced wrestlers performed as expected and our young freshman performed above and beyond expectations.”

Gillespie said the perfomances by Piroddi and Chapin were the most impressive last weekend.

“Carter works harder than anyone I know to the be the absolute best,” Gillespie said. “All of his hard work is paying off. I am excited to see how the rest of his season goes.”

The Vaqueros are competing this weekend in the Cody Louk Invitational in Winnemucca.

“We are going to focus, just like we always have, on getting better every week,” Gillespie said. “Every second of practice is an opportunity to make gains. We need to do whatever it takes to take advantage of that.”