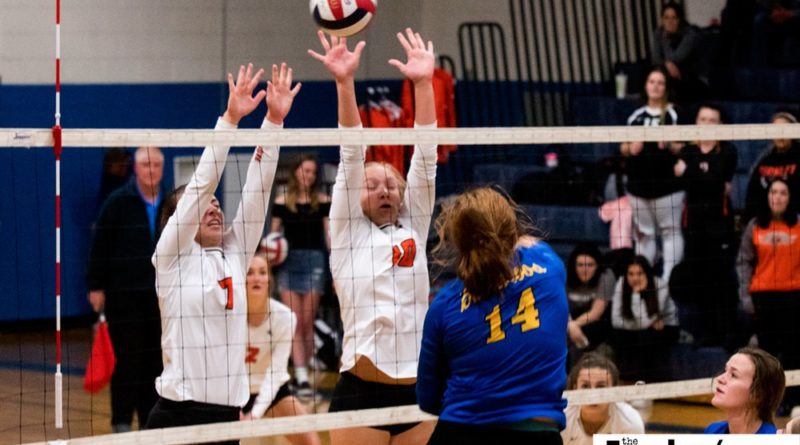 The Fernley High School volleyball team will try to extend its winning streak to five matches and put some distance between its closest challenger for playoff seeding when it hosts Elko Tuesday night.

The Vaqueros will also celebrate Senior night to honor their nine seniors before the match.

With four consecutive wins, the Vaqueros are 11-2 in the Northern 3A and have taken a firm grip on third place, and a win over Elko assures the worst they could do would be tie for third place. Elko comes in at 9-5 in league play. Truckee leads the league with a 13-0 record, while South Tahoe is second at 12-1.

Willow Jacobson led the attack with 7 kills, while Colby Johnson connected on six. Katelyn Bunyard served 5 aces, while Reese Jones was the top defender with 7 digs, and both Jacobson and McKenzie Natenstedt had 6 digs. Natalie Stewart set up the front line with 19 assists.

“The girls did a good job running our offense, but we did miss more serves than I would’ve liked,” coach Diane Chapin said.

Last Friday the Vaqueros finished off their sweep of Fallon with an exciting third set rally to win a highly contested match, 32-30, 25-21, 26-24.

The Vaqueros trailed 24-21 in the third set, but staved off set point and scored five in a row to win/

“The Fallon game the girls were very pumped and they played very well in all aspects even when they were trailing late in set 3,” Chapin said.