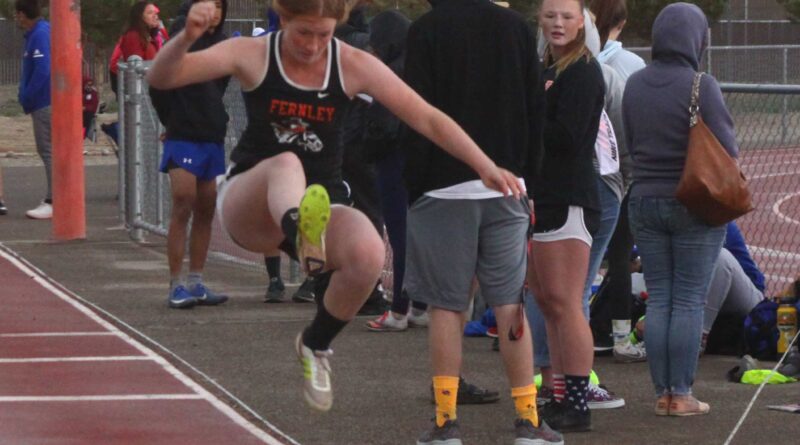 After a short season of meets with mostly three and four teams, the 12 teams in the Northern 3A will converge Friday in Fallon for the 3A Northern Region Championships.

Field events start at noon, with track events starting at 12:30 p.m. Each school is allowed four individual entries and one relay team entry per event. All competitors must only enter a maximum of four events total, including relays.

Coach Todd Wright said the team is extremely excited to compete against all of the other 11 Northern 3A schools.

“The kids are wanting to be pushed by some great competition, which will result in great performances,” he said. “We’re ready to compete and for whatever the weather throws at us.”

The Vaqueros final tune-up in a meet at home last Saturday was cut short because of lightning and heavy rain, which stopped the meet about two hours after it begam.

Only nine girls and nine boys events were completed, but Fernley claimed a handful of first place finishes.

For the boys, the 4×200 relay team of Austin Gerhardson, Lucas Jurich, Adrian Shelton and Sky Yi won a two-team race against Elko with a time of 1:41.89. In the 4×800, Carson Humes, Morgan Zolyniak, Connie Hunter and Dustin Boutell posted a winning time of 9:04.43. That foursome has the fastest seed time in the 4×800 for Friday’s championship meet with a time of 9:01.78.

For the girls, Camille Radli won the 100 meter hurdles with a tie of 18.84. Radli also helped the 4×200 relay team to first place with a time of 2:00.47, joined by Marissa Di Stefano, Naomy Wyant and Kiriann Johnson.

Aurora Parsons won the discus with a throw of 105 feet, 10 inches, and Johnson won the triple jump with a leap of 27 feet, 7.5 inches.