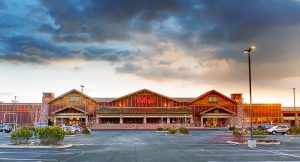 The Fernley location of Scolari’s Food and Drug is one of six stores being purchased by Raley’s.

“I am pleased that Raley’s will reach and serve even more customers. Making healthy and affordable food available to more people aligns with our purpose to infuse life with health and happiness, by changing the way the world eats, one plate at a time,” said Michael Teel, Raley’s Chairman & CEO.

“We expect to build on the existing customer base by offering even more products and categories at a price that is affordable. The Raley’s team will actively listen to customers, and we look forward to learning what the customers want and need from us,” said Keith Knopf, Raley’s President. “We take seriously the stewardship passed to us by the Scolari’s family and will work to preserve the positive impact they have created.”

Raley’s will transition five Scolari’s locations to the Raley’s banner, and the Sak ‘N Save will keep its name and operate as part of the Food Source division of Raley’s. The transition is expected to be completed by late spring, 2018.

More details of the purchase will be available at a later date.

“With complementary markets and strong family values, we believe Raley’s was the right partner to assume the operation of the six locations of our family business,” said Joey Scolari, Chief Executive Officer, Scolari’s Food & Drug. “We are confident our customers and employees will be served well under the stewardship of the Raley’s organization.”

The Scolari’s family will continue to operate and serve its customers in Sparks and Sun Valley. The Food Partners represented Scolari’s in its evaluation of strategic alternatives including as its financial advisor in the sale to Raley’s.

List of store locations to be transferred to Raley’s: