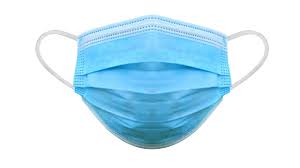 As the number of COVID-19 cases and hospitalizations increase statewide and Gov. Steve Sisolak is considering expanding requirements to wear a mask while in public, one Fernley resident has filed numerous complaints with the City of Fernley, county and state agencies and OSHA about local businesses that are refusing to require employees to wear masks.

“As the State evaluates the latest COVID data here and around the country, I am asking the Medical Advisory Team to evaluate potential options for enhanced face covering policies and to provide any recommendations for consideration to strengthen our response to this pandemic,” the governor tweeted on Friday.

That directive designates OSHA as the agency responsible for enforcing the order.

Gary Smith, a Fernley resident, began a personal campaign in early June to try to prompt local and state agencies to enforce the directive requiring businesses to require employees to wear masks.

“You would not believe the pushback I’ve gotten, even though we’re under an emergency directive,” Smith said. “It’s amazing how reluctant anyone is to do anything about it.”

Smith initially complained to the city of Fernley, asking for the city to send a code enforcement officer to visit noncompliant businesses to enforce the code, Smith also said he spoke to Lyon County manager Jeff Page, a Lyon County Sheriff’s lieutenant, and District Attorney Steve Rye, to no avail.

Fernley City Manager Daphne Hooper said the city clerk’s office and code enforcement are working with local businesses to remind them of the Governor’s directive and CDC guidelines.

“It really is a gentle nudge,” Hooper said.

City clerk Kim Swanson said her office called the businesses Smith complained about to make sure they are complying with the governor’s directive.

“The directive says the enforcement agency is OSHA,” Swanson said. “If we continue to receive complaints we will refer it to OSHA.”

Meanwhile, Smith said he was kicked out of one local business for insisting the owner require employees to wear masks, and at another, he said a large manager spoke to him in an intimidating manner.

Smith submitted a letter to the Fernley City Council, which was read into the record by Mayor Roy Edgington at the council’s June 3 meeting, requesting that the council take action through code enforcement to bring all Fernley businesses into compliance. He also made a similar presentation to the Lyon County Commission on June 4.

“I hope somehow these people can be held responsible for their lack of action,” Smith said. “I just want them to follow the law.”