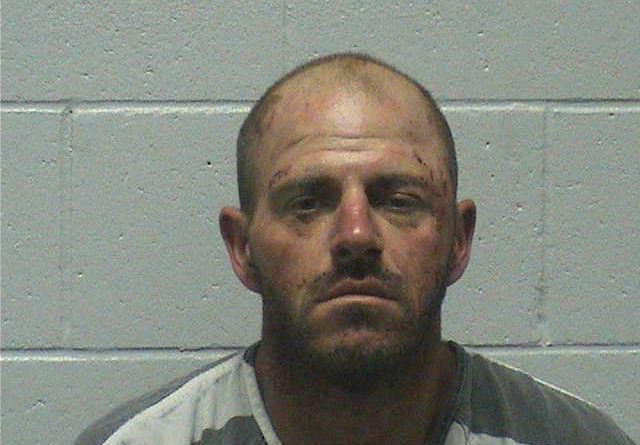 A Fernley man was sentenced on Jan. 30 to 5-12 years in state prison for his role in a high speed chase through Fernley last August.

Random pleaded guilty to the charges on December 19, 2016.

The Lyon County Sheriff’s Office arrested Random, 39, of Fernley, on August 9, 2016, after Random led officers on a high speed chase in Fernley, where Random drove the wrong way on I-80, traveling westbound in the eastbound lane with his lights off.

Rye charged that Random swerved toward other vehicles on the highway. Lyon County Sheriff Deputies rammed his vehicle in an effort to stop him but were unsuccessful. Random continued to a truck stop in Fernley where deputies were eventually able to stop him by ramming his vehicle with a patrol vehicle.

Rye charged that once stopped, Random ignored the commands of officers and grabbed a rifle. Shortly thereafter, Random started his vehicle and attempted to ram the deputies with his vehicle. Officers shot at Random in an effort to stop him as he attempted to hit them. Random was transported to Renown for medical treatment and then booked into the Lyon County Jail.

Rye also charged that Random was under the influence of methamphetamine at the time he committed these crimes. The Court considered Random’s request for probation, but denied it based on the facts and circumstances of the offense.

Rye said he was pleased with the prison sentence handed down by the court.

“This will keep Mr. Random off the streets, thereby protecting the public, and will also allow Mr. Random time to get the help he needs to deal with his substance abuse and other issues,” Rye said.