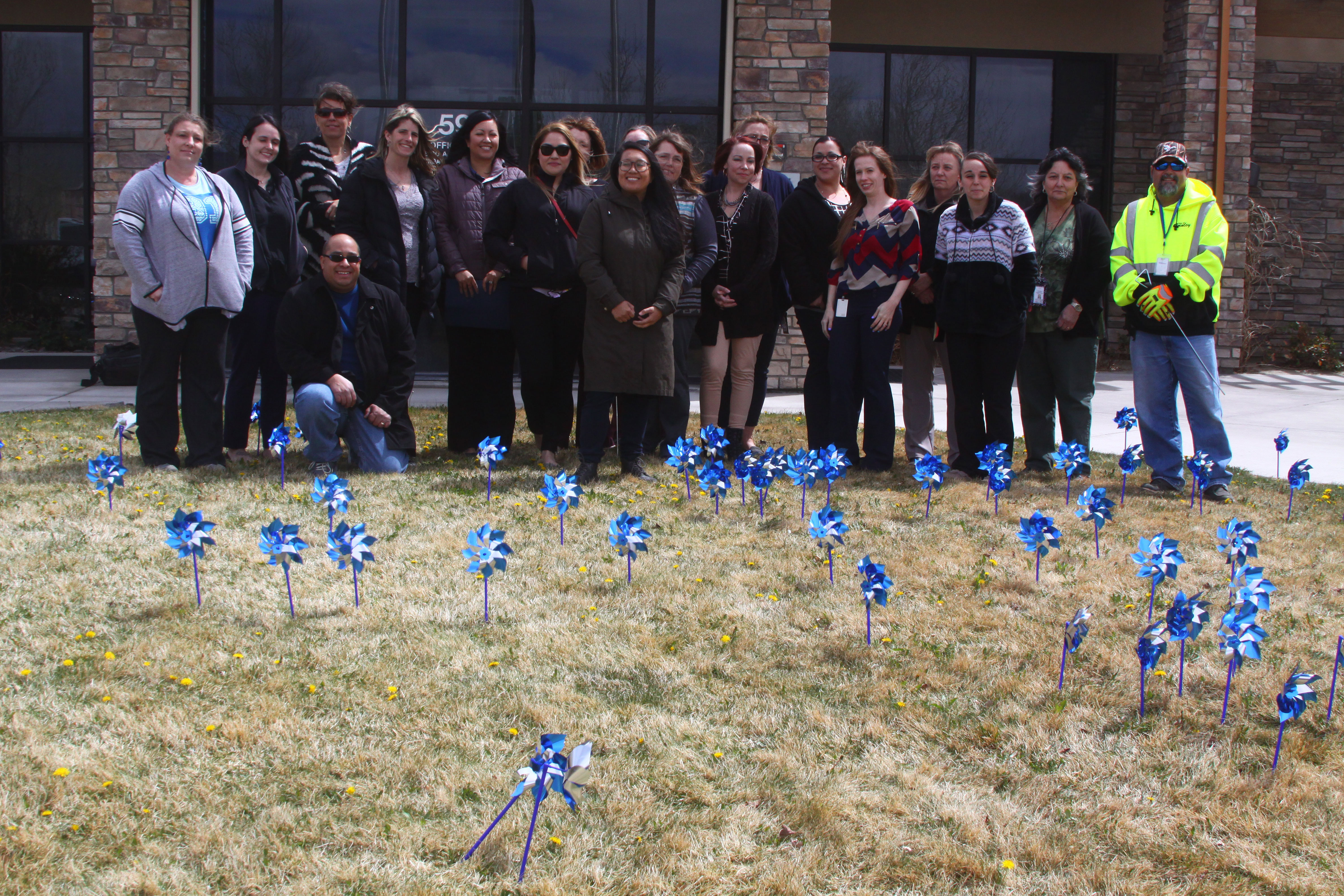 As of February, more than 4,500 children in Nevada were living in foster care or other placements outside their homes because they were abused or neglected.

The Nevada Division of Child and Family Services hopes increasing awareness of the problem will help reduce it, or help abused and neglected children get help before it is too late.

April is Child Abuse Awareness Month, and Monday, as part of the Pinwheels for Prevention campaign, members of the Division of Child and Family Services for Nevada and Lyon County, along with representatives of the City of Fernley hosted a pinwheel planting ceremony that was also sponsored by Fernley’s Biggest Little Radio, 101.3 FM.

Volunteers planted 100 pinwheels on the lawn in front of City Hall.

Pinwheels for Prevention was started in 2008 by Prevent Child Abuse America, a 501(c)3 dedicated to promoting services that improve child well-being in all 50 states and developing programs that help to prevent all types of abuse and neglect.

Karla Delgado, Social Services Chief for the Nevada Division of Child and Family Services said the statewide number of children in out of home placements because of child abuse or neglect is 4,651 as of February 2018.

While many children in abusive situations are removed from their homes for their protection and placed with relatives or in foster care, Delgado said the ultimate goal of the Division of Child and Family Services is to have children be safe in their own homes.

“We plant pinwheels because, who hasn’t played with pinwheels as a child?” Delgado said.

City Clerk Kim Swanson read a proclamation on behalf of Mayor Roy Edgington , proclaiming April 2018 as National Child Abuse and Neglect Prevention Month in Fernley, and urging all of its citizens to recognize this month by dedicating ourselves to the task of improving the qualify of life for all children and families.

“For anyone in the community questioning if they should report something they saw, if they have any doubts, they should call and report it,” Delgado said.