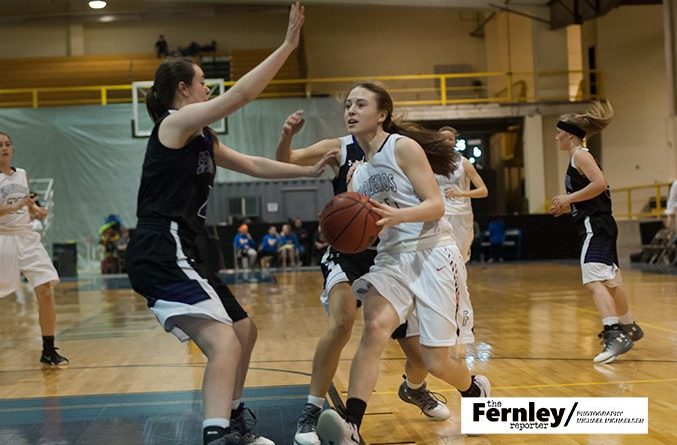 Scoring droughts have been the bane of the Fernley High School girls basketball team all season.

Spring Creek outscored the Vaqueros by 11 points in the fourth quarter to pull out a 30-28 win over the Vaqueros, eliminating Fernley in the first round of the Northern 3A Regional Tournament at the Winnemucca Events Center.

“Our defense was excellent but our lack of offense allowed Spring Creek to stay in the game,” coach John Rogers said. “Girls played hard but couldn’t find the bucket tonight. We also had too many turnovers.”

The Vaqueros didn’t score for the first five and a half minutes of the fourth quarter, while Spring Creek scored 11 consecutive points to take a 25-24 lead.

Taylor Richardson ended the drought with a driving bucket with 2:30 left in the game, to give Fernley a 26-25 lead.

Spring Creek’s Delaynee Walz made one of two free throws to tie the game at 26, then with 1:07 left in the game, Kaitlyn McLeod made a steal and a layup to give Spring Creek at 28-26 lead.

Spring Creek pushed its lead to 30-26 with two free throws by Darrian Ackerman with 14.7 seconds left, and Celeste Condie scored with 3 seconds left to cut the lead to 30-28.

A held ball was called as time expired, and the officials awarded the ball to Fernley and put time back on the clock, but a desperation shot at the buzzer was no good.

“Hard to lose this way,” Rogers said. “The girls deserved to advance to tomorrow’s game based on what they had accomplished all season, but that’s basketball and we didn’t have enough tonight.”

Richardson led the Vaqueros with 13 points, Condie scored 7 and both Ali Conder and Grace DeLeon finished with 4.

“I’m very proud to coach these girls and I will miss all my seniors a bunch,” Rogers said. “I have grown as a coach because of them and I hope I have had half the influence on them as they had on me.”