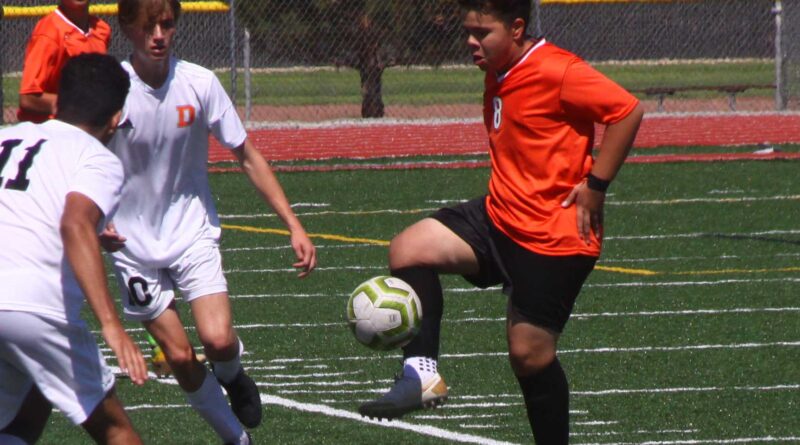 After getting shut out in its first two road games, the Fernley High School boys soccer team scored its first goal, but was forced to settle for a 1-1 tie with Douglas last Saturday.

Saturday, they scored their first goal and took their first lead of the season when captain Brodie Garrett converted a penalty kick early in the first half. The lead stood until about the 15th minute in the second half, when Douglas tied it up.

“On their goal, we gave up a little bit of a clumsy foul in an area that gives them an opportunity and then it took a deflection which kind of sent our goalie off,” coach Matt Gallagher said.

But the Vaqueros were able to keep the Tigers off the scoreboard the rest of the way to earn a tie, thanks to some athletic goaltending by Lucas Messerschmidt.

“He’s really got everything under control and I think moving forward he’s going to be a really good keeper for us for the next two years too,” Gallagher said.

Gallagher said the Vaqueros tightened up their defense with some formation changes, which helped them control the middle of the field.

“I’m definitely happy with the way we played,” he said. “We’re showing progress game to game, and that’s what it’s about. I think that we deserved a win, but a tie is better than a loss.”