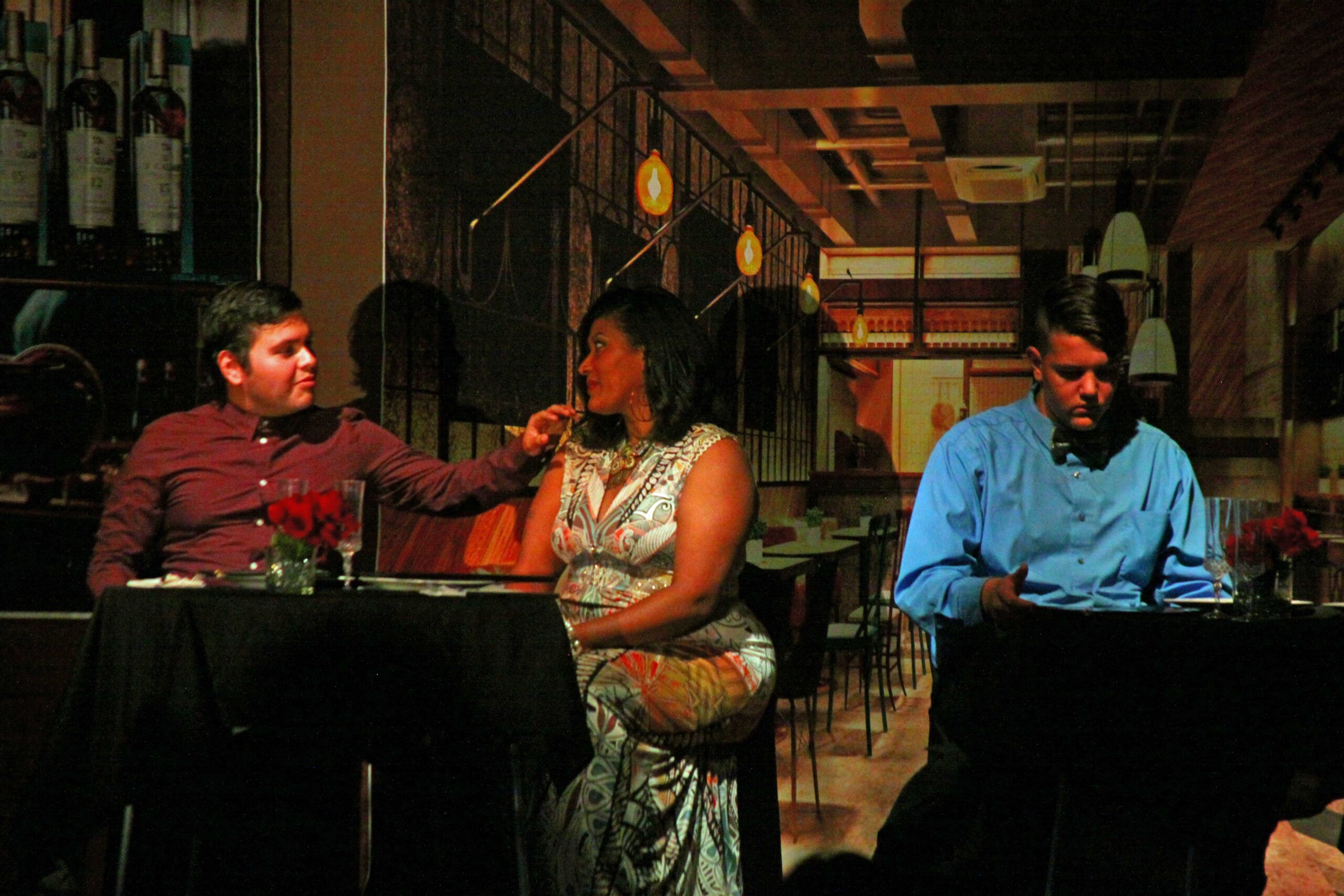 When the volunteers of the Fernley Arts & Culture Event Squad decided to host a community play this spring, they didn’t yet have a cast or even a venue when they chose their plays, paid the copyright fees and committed to two nights of performances.

So when the nearly full house at the Fernley Arts Center rose for a standing ovation at he conclusion of the performance on June 9, it was more than just an affirmation of approval. For the cast and crew, it was a realization that they had pulled off a performance from their initial leap of faith.

It was just kind of a gamble,” said co-director Skye Long. “Once we were able to do it Thursday night, there was the high of success. When the audience laughs at the appropriate times, I know we’re doing something right.”

Fernley ACES was started in 2018 by a group of local residents who wanted to bring entertainment to the city. They produced a play at the Out of Town Park I 2018, have hosted haunted houses on Halloween, promoted art competitions and displays, and started the Christmas Village downtown, The group is an all-volunteer organization that meets monthly.

“We discuss things we would like to go see or do, and then try to make them happen,” Long said.

The effort to produce the plays began several months before. The group read the synopses of about six or seven different plays, and decided on two, Check Please by Jonathan Rand and The Internet is a District-Oh Look a Kitten! by Ian McWethy.

But performing a play means getting permission from the copyright holders, including paying the rights fees, and requires a commitment for performance dates. At that point, Fernley ACES hadn’t yet taken over operation of the Fernley Community Center, which they have since renamed the Fernley Arts Center, so they committed to preparing for a performance on June 10 and 11 without knowing where they would perform it. However, once they took over operation of the Community Center, along with the Fernley Improvement Club, they had to request permission to move the performance back a day to June 9 and 10 because the venue was already reserved for another event on June 11.

Auditions were held over two weekends in March, and the cast began practicing twice a week, until ramping up to rehearsals every day for the last two weeks before the performances. Along the way, a few actors dropped out, and the crew had to rework roles and make adjustments.

Long split co-director duties with Kaylee Lamon and Hailee Monachelli. Several of the performers were Fernley High School students, and others were community members. A handful had previous acting experience in high school drama clubs, and one, Sebastian Camacho, had previously acted in Mexico, but several others had no theater experience at all.

A couple of the student actors were also preparing at the same time for a play hosted by the Fernley High School drama club at the Fernley Depot, and another volunteer, Regina Brush, was simultaneously preparing to perform in a musical.

“I am thoroughly impressed they memorized any lines,” Long said. “I was just so proud of the actors. We’re all volunteers, and there’s no money involved, we’re all just in it for the love of the art.”

Each play ran about a half hour. Long’s only regret was that after three months of preparation, it was over so quickly.

“We all kind of wish it ran a little longer,” Long said. “Maybe next time we’ll do it over two weekends.”