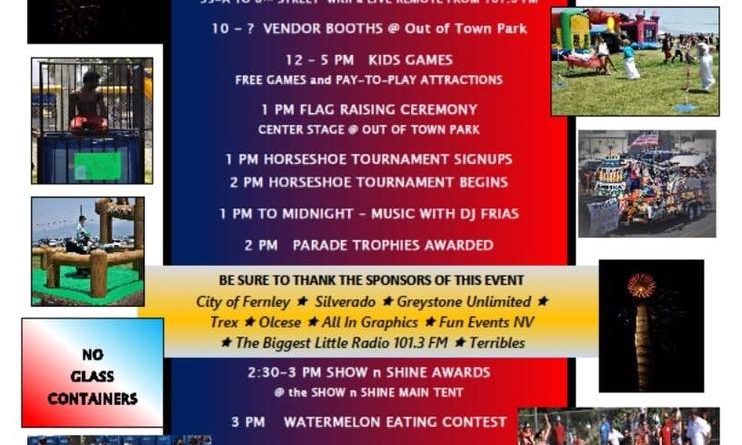 Fernley will celebrate Independence Day with its traditional grand day of festivities, starting with the parade down Main St. at 10 a.m. and a full afternoon and evening of events at the Out of Town Park, and culminating in the spectacular fireworks display starting at approximately 9:30 p.m.

The parade will feature more than 40 entries, plus about 60 classic cars.

The Out of Town Park will feature kids games, a watermelon eating contest, food and craft vendors and music.

Biggest Little Radio will broadcast live during the parade and provide the soundtrack during the fireworks display. 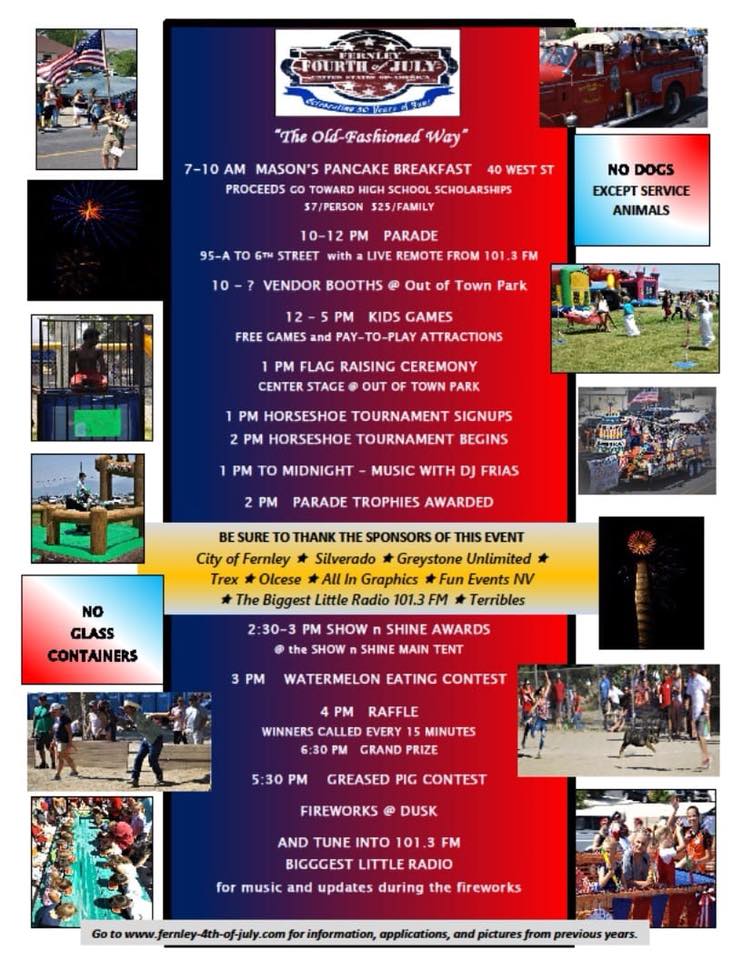