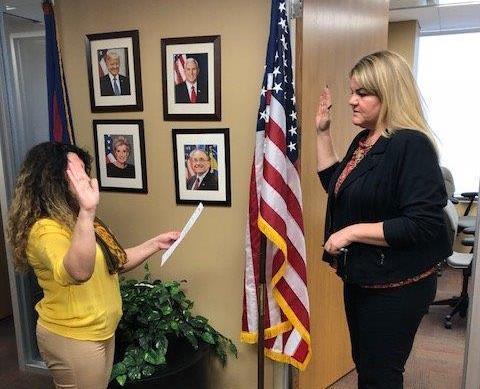 Dahl will be working out of Carson City, serving the Northern Nevada cities, towns and rural communities. In addition, Dahl will be assisting the District Director with multiple outreach initiatives including state government, local communities and other stakeholders serving Nevada’s underserved businesses.

A sixth generation Nevadan, Dahl grew up in Fallon, where she was the Executive Director of Churchill Economic Development Authority, and was President/CEO of Mesquite Regional Business.

She has served on the Fallon City Council, taught high school and middle school English as well as Core Humanities at the University of Nevada, is a freelance writer, and teaches Political Science.

She worked with Anne Pershing to start a weekly Gannett backed newspaper in Fallon and covered various beats including local government, military, education, water and natural resources, as well as writing a column about being a working, grad-student, single mother of three in a small town. She worked as a campaign manager for John Ensign, responsible for coordinating the campaign in 15 rural Nevada counties and then served on his Senate staff managing the Carson City office.

Dahl is the mother of two adult children and a 14-year old daughter.