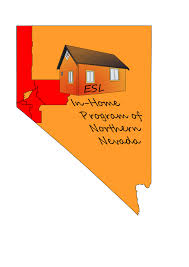 ESL In-Home Program of Northern Nevada founder Florence Phillips has been nominated for the CNN Heroes Award and featured on the channel.

For the past 12 years, CNN Heroes has identified a small group of remarkable individuals who have tirelessly worked to make a positive impact in the world. With the nomination comes the possibility of winning up to $100,000 in funding to secure the future financial stability of the program.

Th ESL In-Home program reports that after CNN aired the profile, they have already seen an increase in volunteer interest from across the country.

In related news, the ESL Program has been named as a finalist in the 2018 Governor’s Points of Light Award. This award recognizes exemplary volunteerism that addresses a previously unmet need, demonstrates innovation, empowers local community members, and shows sustainability over a long period of time.

The ESL Program has pro bono tutoring for 14 years. The ESL In-Home Program of Northern Nevada was also nominated in 2009 and 2016. The award ceremony will be held on October 18, at the Park MGM Hotel in Las Vegas.