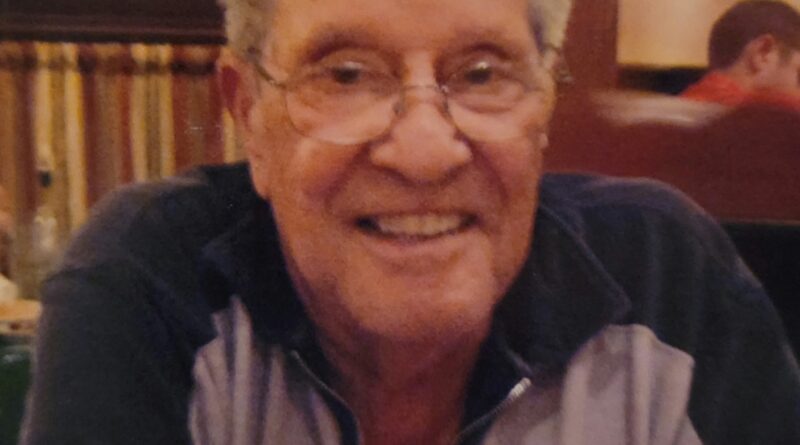 This world lost a wonderful, smart and loving man on November 11th, 2021. Cpl Edward Julius Gian was 91 years old and passed away peacefully at his current residence in Texas. He passed away after suffering from a sudden illness. When he passed, he was surrounded by love and with family.

Edward was married to a beautiful woman, Susan. They were childhood sweethearts, and they were married for 63 years. They are now happily reunited in Heaven. Susan passed away less than 3 months before Edwards passing.

He was amazing in many ways. His talents saw no boundaries. He mostly enjoyed hunting, fishing, and most of all- cooking and baking. He loved doing anything that involved working with his hands. He built one of his family’s homes and did his own remodeling in homes he bought in later years. He also took pleasure in gardening, wood working and many other hobbies.

Edward served in the Army during the Korean War, from 1950 to 1952. During his time in the war, he took some time to travel. He visited Italy, Paris and Germany.

He was always a hard worker through the years and didn’t retire until he was 80 years old. When he lived in Connecticut, he owned a construction company before opening a restaurant. After those ventures he went on to manage a large cable company for many years. He later retired from a photo album company after the cable company closed.

With all of that, nothing meant more to Edward than his family. They were his world and his life. Everything he did in life was for his family. He always wanted to see them smile.

Edward was born on September 15th, 1930, to Lena and Lino Gianfranceschi in West Haven, CT. He was an only child.

Memorial arrangements will be handled by Waltons- Ross, Burke and Knoble in Reno, NV. Memorial Services will be held at Northern Nevada Veterans Memorial Cemetery located at 14 Veterans Way in Fernley, NV on December 17th, 2021, at 2:30 p.m. His service will be public and will in include full honors. Everyone is welcome to attend.