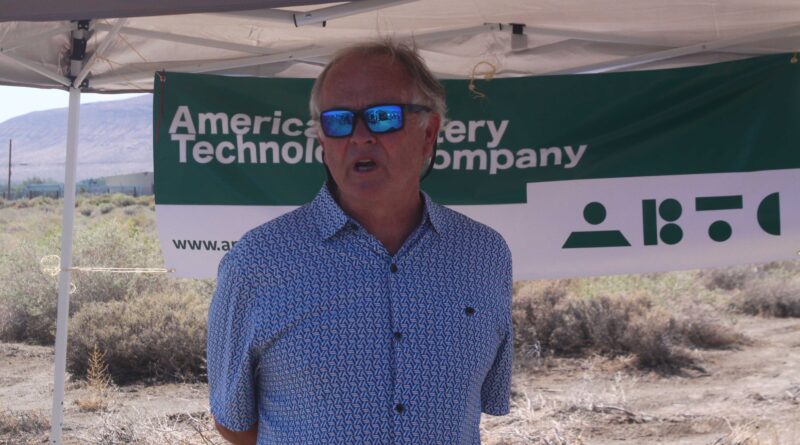 With the number of electric vehicles on the road increasing every year, and concerns about environmental impacts of lithium mining fueling debate, the recycling of the minerals used in the batteries that power electric cars is primed to become one of the world’s next boom industries.

By approving a conditional use permit for a proposed battery recycling plant in Fernley, the Fernley City Council will allow American Battery Metals Company to move toward beginning construction on a 98,000 square foot lithium ion battery recycling plant off of Logan Ln. The company can now begin working on submitting plans for a building permit.

By a 4-0 vote at its June 16 meeting the council approved the application for the conditional use permit for American Battery Metals Corporation, which is in the process of changing its name to American Battery Technology Company. The company plans to construct a recycling plant consisting of three functional building areas totaling 98,789.4 square feet of floor space, including a production building, an office building with laboratories, and a warehouse.

The company’s CEO, Doug Cole, has said the company plans to use an innovative water-based processes to extract and recycle lithium and other minerals, including nickel, cobalt and manganese, from recycled batteries.

City officials, as well as North Lyon County Fire Protection District Chief Jason Nichol, said because the company’s process is proprietary, they have not been given much information about the process. However, Nichol said the fire department will require full knowledge of the process in order to craft an emergency response plan.

“As of right now, we are on board with this,” Nichol told the council.

The plant would be built on 12.44 acres of property the company purchased last year. At a “groundbreaking” ceremony to announce the purchase last August, Cole said that in the previous year, 100,000 tons of batteries had been recycled, but he said that would be more than 30 million tons per year by the end of 2030.

“The whole purpose is to make sure those batteries don’t get into landfills,” said project manager Chuck Leber. “This is our pilot plant to prove this process works.”

The conditional use permit approved by the council essentially means the company can use the location for their recycling plant, and can begin planning construction. Cole said last month he expects building permits to be fully in place by late summer and environmental permits through NDEP in place by end of 2021.