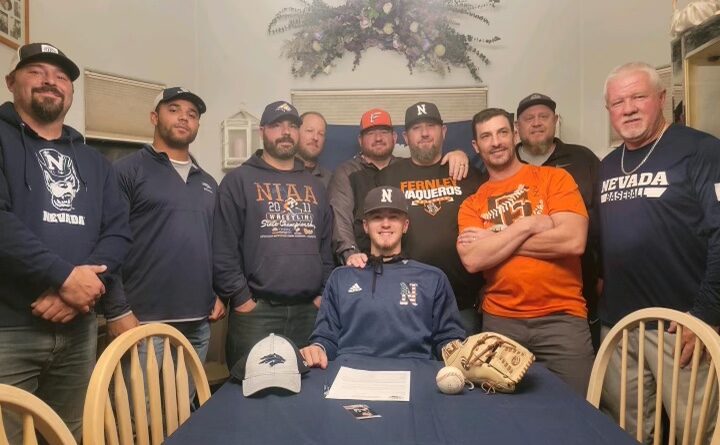 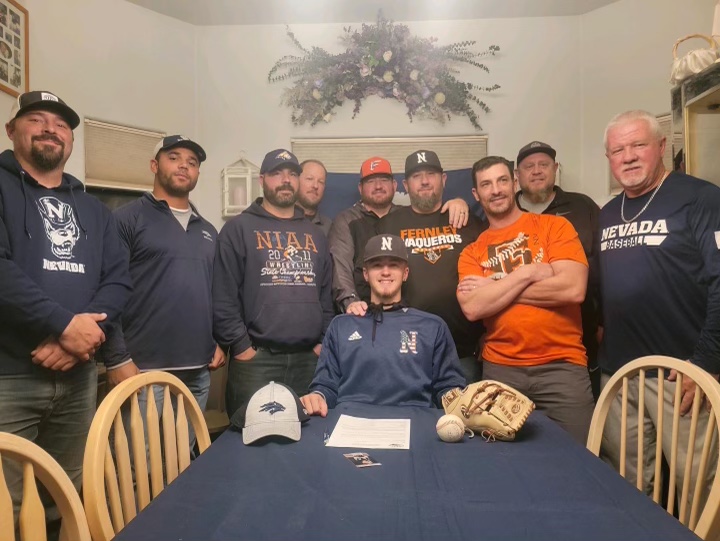 Thursday, he made that commitment official, signing his letter-of-intent in front of a group of friends, family, teammates and coaches at his home in Fernley.

It was when he was 12 and started playing travel ball that he became serious about the game of baseball. Then, when he was 14, he started drawing the attention of college coaches.

“The first time I talked to a coach I felt like a little kid again,” he said. “Once I talked to Nevada and they offered me, it was a dream come true.”

“That’s when I got serious about the weight room and eating the right way,” he said.

Just a few months later, he committed to Nevada, and now he’s hoping to lead the Vaqueros to successful seasons in basketball and baseball before starting his college experience.

“I feel like I’m really projectable because I’m young and I can still put on weight, and I haven’t gotten a lot of developmental coaching,” he said. “I definitely think coach Moriarty and McKinley will help me out a ton when I get there.”

Cummings has carried a 4.0 grade point average throughout high school and he plans to major in kinesiology with a minor in business management.