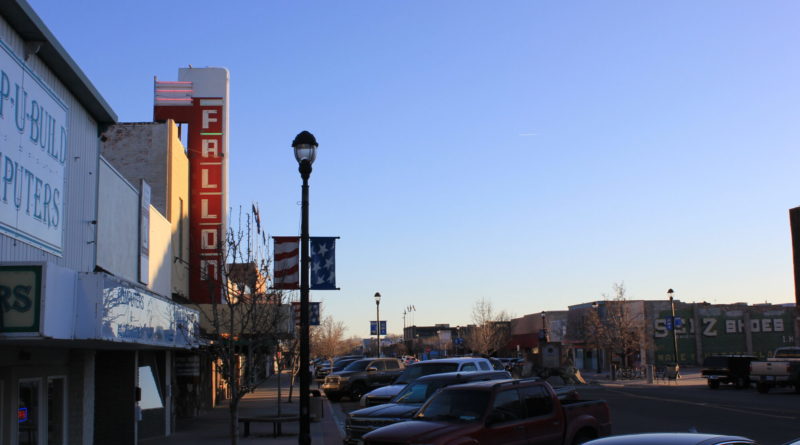 County governments are already preparing for Phase 1 of reopening the state’s economy, one day after Gov. Steve Sisolak announced his “Roadmap to Recovery” plan.

In addition to laying out a four-phase guide to reopening, the governor’s plan outlines new and expanded responsibilities for the state’s 17 county governments, which will be tasked with enforcing restrictions and taking proactive steps to lead and respond to the COVID-19 pandemic regionally.

“It would be a disservice to the residents and businesses in our State to pretend like Esmeralda County is the same as Nye County or that Clark is the same as Elko,” he said on Thursday. “They’re not, and that’s okay – and it’s why our response efforts should reflect our regional differences, while still operating under our shared, statewide goal of keeping Nevadans safe and restarting our economy.”

Although expanded county control is not scheduled to come online until the state enters the “Phase 1” reopening protocol — and, even then, county guidelines must be no less strict than those set forward by the state — county governments across the state on Friday were already taking proactive steps to prepare for an expanded role in managing COVID-19 restrictions as businesses slowly reopen.

On Friday, members of the Churchill County Commission met to approve a return-to-work plan for the rural county. The Lyon County Commission also announced it plans to formally adopt a Phase 1 reopening plan next week.

Many rural counties — which have largely avoided a crush of COVID-19 cases save for Humboldt County — have been chomping at the bit to reopen businesses. Local government officials in Elko, Douglas and White Pine County also either sent letters or took symbolic steps to ask Sisolak to more quickly open up the economy in rural areas.

The panel will serve both an advisory role for county governments and collect information from counties on testing and death information, as well as on PPE supplies for each county.

Although more details are likely to emerge in coming weeks, Washoe County Commission Chair Bob Lucey indicated that individual counties could begin to re-open at different paces if they demonstrate no significant increase in cases and adequate hospital capacity.

“Once we get to Phase 1, it will be at the discretion of each individual county to understand how they can move into phase two and three,” he said on Friday. “Directives from the state and (hearing) directly from the cities and the counties will all play a major decision in that.”

The Churchill County Commission approved a return-to-work plan during an emergency meeting Friday morning, setting the stage for businesses in the county to once again open their doors in the near future.

Under Churchill County’s plan, all businesses will be deemed “essential” during Phase 1 and can reopen, other than bars, but must come up with a “COVID-19 Mitigation and Reopening and Return to Work Plan” detailing how they will limit occupancy to 35 percent of fire code, implement social distancing action plans and screen employees to ensure they are healthy. The county plan will allow gyms to open if they adhere to strict protocols, and large venues will be able to open as well. Some of those businesses may be required to provide those plans to the county, though not all will, county officials said.

“What we’re presenting here today is at a time that we would choose to reopen the county, this would be the guidelines by which we would be operating that opening,” County Manager Jim Barbee said.

Churchill County, a rural county just east of Reno, has only had three confirmed COVID-19 cases among a population of about 24,000, the lowest per capita rate of cases of any of the 12 counties with confirmed cases.

The commission-approved plan hews closely to the written plan released by Gov. Steve Sisolak on Thursday, though it does appear at points to differ from some of the verbal guidelines the governor laid out during his Thursday press conference. For instance, Sisolak said that large venues — such as malls, large sporting events, large in-person places of worship and concerts — will remain closed during Nevada’s Phase 1; Churchill’s plan says that large venues, including movie theaters, sports venues and places of worship, may open during its Phase 1.

Asked whether large venues can open under Phase 1 and what the state plans to do to ensure county plans follow the state’s Phase 1 guidance, a spokeswoman for the governor’s office provided a memo late Friday night with additional guidance for counties.

“Before the state enters Phase 1, the Governor must issue a new emergency directive outlining statewide standards that all counties and businesses will be required to adhere to,” the memo says.

The memo notes that counties have been asked to submit reports to LEAP detailing how they have met the state’s outlined reopening criteria. Once it is determined that all 17 counties have satisfied the criteria, the governor will issue a Phase 1 opening directive that will “revise prior restrictions on businesses and outline mandatory statewide standards under which individuals and business must operate.”

During the Friday meeting, Barbee said Churchill had been asked to submit that report by the end of the day on Friday for consideration by the LEAP group, but he didn’t want to delay. He planned to submit it by 1 p.m.

“It is not going to be Churchill County that is slowing the process to Phase 1,” Barbee said. “They wanted it by the close of business today. We’re going to get in early and, in my opinion, we have met the governor’s survey expectations for entering into Phase 1.”

The memo also says that LEAP’s work will “help inform the Governor’s Phase 1 directive that establishes the overall statewide standards for businesses and public life intended to ensure Nevada remains on a pathway forward. For example, statewide standards may include conditions under which certain establishments may reopen their in-person business operations consistent with the restrictions on gatherings of more than 10 people.”

While it is unclear exactly what those statewide standards might be, Churchill’s plan does, however, already follow existing state guidance in other ways, such as requiring there be no gatherings of more than 10 people at a time and mandating that businesses to reopen during Phase 1 do so with strict physical distancing.

However, Barbee acknowledged that businesses will likely be self-policing their reopening plans as the county doesn’t have the staff it needs to be going out and writing citations.

“We’re looking at the importance, recognizing of the challenges and the difficulties that we’ve had over the past several weeks and those economic impacts that have been significant, and everybody’s going to be willing to step forward, and play by the rules and do their very best to ensure that we keep our economy open and moving forward,” Barbee said.

Additionally, though Sisolak said Thursday that he was vesting county commissions with the responsibility for policing how their businesses reopen, Barbee said much of that would be up to state licensing boards. One resident, who is a cosmetologist, told county commissioners that the Board of Cosmetology had told her the decision was up to the counties.

“We wish we were able,” Barbee said.

The plan additionally lays out why the county believes it should be allowed to open based on five criteria for reopening that the governor has laid out, for instance, noting that it has been 14 days since Churchill reported a positive case and that it has plenty of personal protective equipment on hand. Barbee also told commissioners that not only is the county able to test all symptomatic patients but it is hoping to start countywide “surveillance” testing next week, where 1 percent of the county would be tested each week for the virus.

Some members of the County Commission expressed frustration that Churchill appears to meet the criteria set out by the governor and yet can’t immediately open.

“For clarity, I think what we’re proposing is we’re going to give them a shot to give us a thumbs up as a state to move forward,” Barbee said, “and if that doesn’t happen, we’ll probably be here looking for other decisions next week.”

Still, commissioners urged caution among their residents, even as businesses begin opening up again.

“I’d like to restate what both other commissioners mentioned about the need to continue to social distance,” said Commissioner Carl Erquiaga. “We can’t just open the floodgates and go back to normal. That’s not what this is about.”

Barbee also said that the county is beginning to allow its employees to return to work with a “phased” approach, while still utilizing telework and “creative scheduling.”

On a media call Friday with Washoe County Commissioner Bob Lucey, Reno Vice Mayor Devon Reese and Sparks Mayor Ron Smith, the three said they plan to continue jointly coordinating COVID-19 response and that any business reopenings would be done jointly, not jurisdiction-by-jurisdiction.

“It has not been a challenge between us and I don’t see it being a challenge going forward,” Lucey said.

All three elected officials sounded positive notes about meeting the May 15 date for moving into a limited “Phase 1” opening, even as health officials reported 48 new positive COVID-19 cases in the county on Friday, the largest single-day jump in county cases.

Health officials said the one-day increase was not linked to any one outbreak but rather a series of small family clusters likely now showing symptoms after Easter weekend, given the several days it takes the virus to incubate. Another factor may be an increase in overall testing, Reese said, adding that it wasn’t necessarily a cause for concern.

Lyon County officials on Friday said that they were preparing their response to the survey to determine their readiness to enter Phase 1. The County Commission will meet on Thursday to decide whether to implement a plan to address entering “Phase 1”.

A letter sent from the commission to Sisolak last week outlined some of the elements that plan will contain, including phased opening of nonessential businesses and monitoring of already open essential businesses. Commissioners said that reopening dine-in restaurants may be considered if the restaurants have outdoor areas or limit their indoor space to half or less of its capacity and that the opening of high-risk businesses would be considered in the “latter stages of recovery.”

“Lyon County is completing a comprehensive plan,” the commissioners wrote. “A copy will be immediately furnished to your office for consideration or follow-up discussion.”

The Lyon County Sheriff’s Office will reopen its offices to the public on Monday.