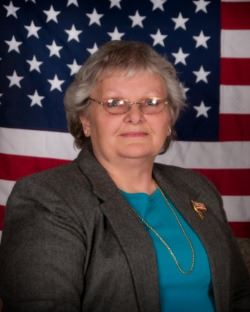 The Fernley City Council will interview five candidates at a special meeting Aug. 13 to replace Sue Seidl, who is moving out of the area and resigning from her Ward 4 council seat.

Seidl, who was reelected to a 4-year term in November 2016, submitted her letter of resignation effective Aug. 16.

The five candidates scheduled to be interviewed by the council are William (Bill) Burrows, Timothy Creiglow, Scott Gillespie, Wendell Stafford and Albert Torres. One other applicant withdrew from consideration, and a seventh lives outside Ward 4 and was deemed ineligible for the position.

The five candidates will be interviewed in a random order to be determined by drawing the day of the interviews. The meeting is scheduled for 5 p.m. in the City Council chambers.

Each applicant will be asked a series of questions and then have an opportunity to ask any questions they might have. Each interview is limited to 30 minutes. Upon completion of the interviews, the Council will deliberate and make an appointment. The selected appointee will be sworn in at the Aug. 19 City Council meeting.

The candidate chosen by the council will serve out the remainder of Seidl’s term, which expires in December 2020.

Seidl was elected to the council in June 2012 by winning more than half the votes in the primary election.