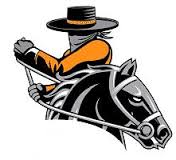 When the Fernley Vaqueros lined up to go for it on fourth down late in the third quarter last Friday against Sacred Heart Cathedral at Kezar Stadium in San Francisco, they held a 26-14 lead and were on the verge of putting the game away.

After watching film of the game, coach Chris Ward identified a host of mistakes that he said cost them the game.

“A lot of mistakes, but it is the first game of the year, so we’ll have a chance to fix those,” Ward said. “It’s a game we could have won, but we are learning a lot from it that will help us.”

One of those mistakes, Ward said, was a missed blocking assignment that blew up that fourth down play, where the Vaqueros were stopped a yard short. Sacred Heart Cathedral scored on a 31-yard touchdown pass on the next play.

“I’ll be honest with you, I’d do the same thing again,” he said. “It was there, and it just kind of closed up. The defender split a double team and made a play. That can’t happen, but it shouldn’t have been a double team, we had someone who blocked the wrong guy.”

The Vaqueros offense is modeled after the flexbone triple option offense run by current Georgia Tech and former Navy coach Paul Johnson, and Ward said it is designed to take advantage of those short yardage situations.

“One yard is basically a gimme,” Ward said. “When a team that runs the flexbone has 4th and 1, odds are pretty good they are going to go for it.”

After getting a good kickoff return, the Vaqueros got the ball back at their own 43-yard line, in good field position to answer the score. But quarterback Zach Burns was drilled in the back as he rolled to his right, and his fumble was returned 43 yards for the go-ahead touchdown.

“After we lost momentum, we weren’t playing so tough,” Ward said. “When you lose momentum, you’ve got to do something to get that back, and that’s where your captains and your seniors have to step up and do that.”

Fernley scored with 24 seconds left in the half to go up 20-7, but Fightin’ Irish took possession on Fernley’s side of midfield after a bad kickoff, and needed just two plays to score. The first of those two plays was a long pass play to the Fernley 5-yard line that led to a touchdown.

Sacred Heart Cathedral’s last touchdown of the night was set up by a 34-yard pass.

“We’re doing some assignment errors on defense, guys covering the wrong people,” Ward said. “We did a pretty good job early in the game rerouting receivers with our outside linebackers and underneath coverage, and then didn’t do as good a job later in the game.”

That last touchdown by the Fightin’ Irish was also set up by good field position after a fake punt by the Vaqueros was stopped for no gain. Ward said the fake punt wasn’t called from the sideline, but was a rugby style punt where the punter has the option to run instead of kick the ball if the field opens up.

“It was a bootleg punt, and there is stuff that he is supposed to look for,” Ward said.

Offensively, Ward said the Vaqueros never got into rhythm with their option offense. The Vaqueros particularly were unable to run the ball inside, and most of the success they did have came when they got the ball on the perimeter.

A lot of that, he said, was caused by the unorthodox 3-3-5 blitzing defense the Fightin’ Irish play.

“It’s tough to establish the dive on the defense we faced, but that allows you to do other things,” Ward said. “But when you don’t know where the blitz is coming from, you get hesitant. We did not get good offensive line play, and we did not come off the ball.”

The Vaqueros did have success throwing the ball, including converting long third downs, one a 3rd and 23.

“It’s nice to know we’re able to pass the ball and get out of those situations if we need it,” Ward said. “But we just didn’t feel like we were in rhythm, and we were scoring in ways you don’t typically score when you run our type of offense.”

In all, Ward said he came away encouraged that the Vaqueros can be successful when they eliminate the types of mistakes they made Friday night.

“I’m happy that we went over there and they did respect our kids, and that matters because you always want to go out there and earn that respect,” he said.

The Fernley players did a lot of fundraising over the summer to pay for the trip, and Ward said it was a good experience. The team’s fundraising paid for two charter buses, one for the varsity team and one for the JV, for the team to stay the night in a motel in Vallejo, and then to go to Six Flags Saturday morning before the trip home.

“We had a great time, even though we came up short in the game,” Ward said. “It would be nice to do this every other year. For a lot of our kids, this is sometimes the only time they ever get this kind of experience.”

One thought on “Coach laments missed opportunities in Vaqueros’ loss”