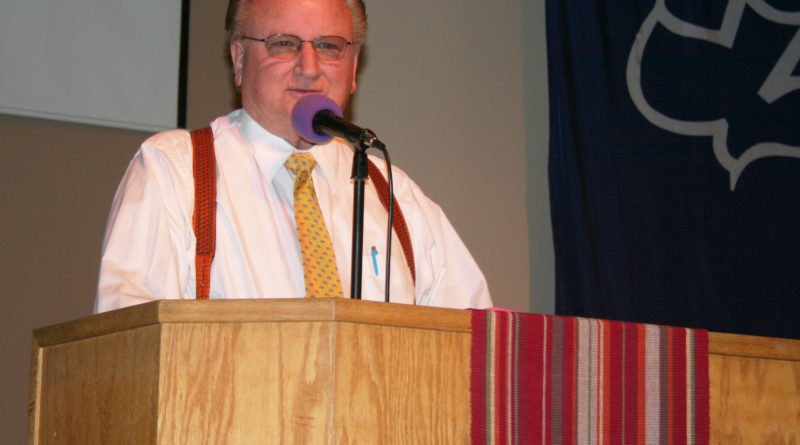 After all but the ballots from two early voting machines were counted late Tuesday night, those in favor of the City of Fernley’s advisory question to request a 5-cent diesel fuel tax were ahead by 20 votes.

But the late tally of the early votes flipped the script.

Lyon County election officials were unable to count ballots from two early voting machines, one from Yerington and one from Fernley, Tuesday night. At that point, there had been 3,206 yes votes, in favor of the ballot question, to 3,186 no votes.

But when those ballots were tallied Wednesday morning, it was enough to overturn the outcome. There were 138 no votes on the Fernley machine, to just 95 yes votes, for a final tally of 3,324 no, 3,301 yes.

In the race for the Fernley City Council Ward 1 seat, Ray Lacy held onto the lead he had built at the end of Tuesday’s accounting to unseat incumbent councilwoman Shari Whalen. Lacy wound up with a final tally of 660 votes, to 539 for Whalen.

“I’m really pleased and honored that the citizens of Ward 1 have gone ahead and voted me in,” Lacy said. “I may make decisions that don’t please everybody, but they will be decisions about what’s best for the city.”

Lacy pledged to bring new ideas to the city council.

“It’s very important we work together to try to dissolved the issues and hand right now, including water and code enforcement,” Lacy said. “I also appreciate the way the campaign was done, with no mudslinging. The voters voted for who they thought could do the best job and get the job done.”

Frank Hunewill who had already clinched the win over Al McNeil for Lyon County sheriff, won by a final count of 10,119 to 9,263.

Matt Johnson and Terrin Hicks grabbed the two available seats on the North Lyon County Fire Protection District. Johnson was the leading vote-getter with 3,114 votes, while Hicks came in second with 2,533. Chris Murphy was third with 2,044 and Sue Seidl was fourth with 1,966.

In other county races, Margie Kassebaum easily defeated Brenda Cullen for the position of Lyon County Recorder, with 14,833 votes for Kassebaum to 4,835 for Cullen.

In the race for the Lyon County School District Board of Trustees District 4 seat, Barbara Jones beat Cassandra Aveiro, with 9,726 votes to 7,576.

Meanwhile, voters overwhelmingly rejected Lyon County question 1, to ban brothels in the county, with 16,643 opposed and only 4,031 in favor.