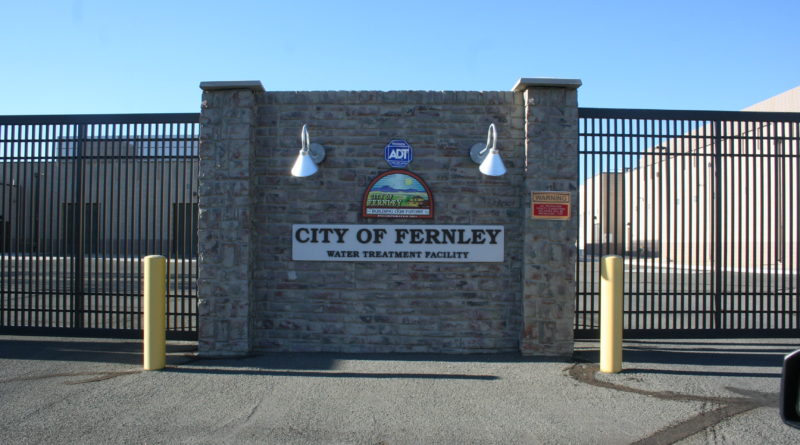 The members of the Fernley City Council blanched when they looked at the increases recommended in the water rate study presented to them by a consultant.

But in the end, none of them could turn their reservations into a better plan.

The council voted 5-0 during a special meeting Monday night to approve a resolution increasing residential water rates, and also voted to increase sewer rates and to approve a change in the way the wonder bond debt assessment is calculated and collected.

“I think at end of the day it was a tough decision for our council, but we have to come up with a long term, sustainable plan for the city,” City Manager Daphne Hooper said. “The system is getting older and we’re seeing parts fail, but we have to keep the system going.”

Each of the council members made arguments against the rate increases as proposed, but even after discussing the matter over several meetings, none of them were able to present an alternative plan.

They voted 5-0 to implement the Ancillary Water Fee, previously referred to as the Water Bond Fee, at an amount equal to the Water Enterprise Fund debt service payments, including principal and interest.

That means each year, the city will calculate its payment amounts for the water bond, and using a multiplier from the American Water Works Association for each meter size, calculate how much the water bond debt fee charged to each customer will be each year.

Hooper said the rates will be calculated in May after the bonds have been refinanced and the city has a actual number of meters.

At the current number of meter, the fee for a standard ¾-inch residential user is estimated at $40.24 per month, an increase of $9.16 per month from the current charge of $31.08. The fee is charged to all property owners in the system, including those lots with will serves.

Water users with 6-inch meters, the largest in the city, will pay an assessment currently estimated at about $1,801 per month.

Under that formula and the multiplier, the fee would reduce each year, as the principal is paid down and the amount of interest on the bonds is reduced, and as additional users are added to the system to share the cost. There are currently 1,588 lots in the city with will serves, and 660 of those are for residential ¾-inch meters.

The assessment fee is projected to decrease to $39.65 in 2018, even if no additional users are added to the city’s system.

“The biggest jump is going to be in January, and after that it doesn’t go flat, but it’s a lesser curve after that,” Hooper said.

The increases to water and sewer rates are effective only for residential users, because the city must complete a Business Impact Statement, required by NRS, before it may change commercial rates.

Rather than a percentage increase, the water rate changes represent a complete overhaul of the method in how the city measures and charges for water service. This was the part of the proposal where the council members expressed the most objections, but in the end, decided they had no alternatives.

“The time has come we have to bite the bullet and put the city on the right track,” councilwoman Sue Seidl said. “If we kick it down the road, we’ll make it more expensive in the long run. Trouble is coming if we don’t get it done, and soon.”

Councilwoman Shari Whalen said the city would not be able to complete any capital projects like system repairs without the increases.

“I’m not happy about this rate increase at all, but if we don’t, we’ll be insolvent,” she said.

The amount a household’s water rate changes will depend on how much water it uses.

“Because of the tiered system, we weren’t capturing true water usage,” Hooper said. “This give average household use the base rate. It’s looks easy but it’s oranges and apples.”

The rate is based on a national standard of average household usage of 15,000 gallons per month.

Councilman Dan McCassie said he calculated that the new rate structure would mean an increase in $37.05 per household, at usage of 15,000 gallons per month.

“It isn’t about money, it’s about people,” he said. “You want people who can’t pay your water bill? Can’t we just not gouge them so much?”

However, consultant Catherine Hansford, of Hansford Economic Consulting, said without the increase, the city’s water fund would be facing a deficit of $2.9 million, and would have to borrow money from other city funds.

Mayor Roy Edgington pointed out that if the city did that, it would still have to pay the money back, with significant interest.

“if we don’t do something, the city cannot pay the bills, and we won’t have a water district,” Hooper told the council.

Following a lengthy debate, the council voted 5-0 to approve the increase, but with a request from Eilrich, whose term is expiring, to reevaluate the rates regularly in case revenues are greater than anticipated.

Eilrich disagreed with the rate of growth used to generate the revenue projections in the rate study, and he cast the dissenting vote when the council voted 4-1 to approve the water and sewer rate study performed by Hansford.