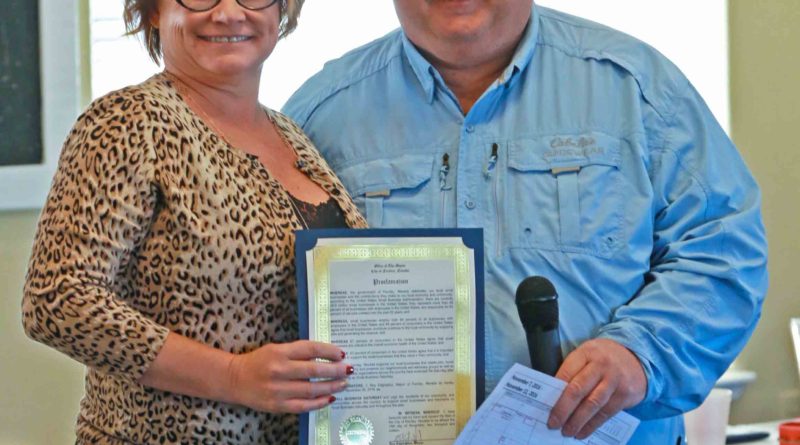 Mayor Edgington discussed early voting and noted that Fernley has approximately 12,800 registered voters and to date, 5,040 people voted early at City Hall. Although most of the 5,040 early voters likely live in Fernley, it’s important to note that not all City Hall early voting was done by Fernley residents, because anyone who lives in Lyon County is eligible to vote at the Fernley City Hall.

Edgington also read a proclamation that declared Nov 26 as “Small Business Saturday” and urged everyone to shop Fernley’s small businesses.

Business coach, Sean P. McCarthy,  will speak at the next Ambassador’s meeting on Tuesday Nov 15th.

Fernley Ambassadors meet at 7:30 a.m. on Tuesdays at The Golf Club at Fernley.