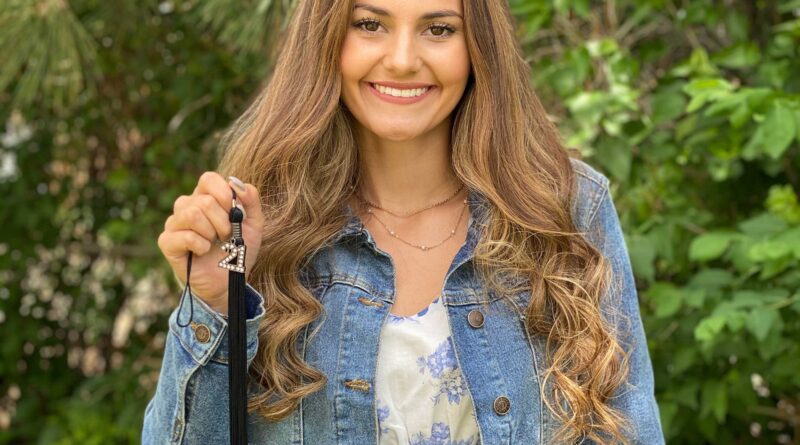 Fernley’s Karli Burns, who graduated in June, has been named by the Nevada Interscholastic Activities Association as a 2021 NIAA/One Nevada Top 10 Student-Athlete of the Year for Northern Nevada.

The Top Ten Student-Athletes of the Year award is given to the Silver State’s top high school athletes who exemplify total school and community involvement. Special consideration in the selection process was afforded to student-athletes who participated in multiple sports, other school groups and/or student government activities and community service projects while simultaneously maintaining a high academic status within their school.

“This is an outstanding award that recognizes student-athletes who exemplify what high school activities and athletics are all about,” said Donnie Nelson, co-Assistant Director for the Nevada Interscholastic Activities Association. “While the requirements sound restrictive, we know these student-athletes exist as evidenced by this year’s group of individual winners. It is our goal through the Top Ten program to find and honor these superb individuals.”

The annual northern Nevada and southern Nevada awards banquets were canceled again in 2021 due to COVID-19, but the winners still will be presented with a $1,000 scholarship check, a commemorative program and a special gift to help them as they further their education.

Burns was a three-sport star for the Vaqueros, with three varsity seasons on the volleyball team and four seasons of varsity basketball and track.

Academically, she graduated with a non-weighted grade point average of 3.93 and a weighted GPA of 4.08, ranking 20th in her class of 247 graduates. She plans to earn a degree in psychology and a Master’s degree in behavior analysis at the University of Nevada, Reno.

“Karli is a three-sport athlete who has won many accolades for herself and her team,” said Fernley High School teacher and leadership advisor Jackie Kingston. “I believe the skills that she has learned go a long way when it comes to being a member of any school team and environment.”

She also volunteered at food pantries and food drives and other community fundraisers, live-streamed middle school volleyball games for parents who could not attend, was part of the Boys & Girls Club of Northern Nevada and a Safe and Sober student representative.

“Karli is a person, student, athlete or whatever label you choose to associate her with, that is synonymous with perseverance, integrity, grit, resilience, and honesty among a plethora of other ingredients that equate to a leader of today and tomorrow,” said her basketball coach, Tom Kingston.

Her passion lies in mental health and helping others with addiction as well as generational and social issues.

“As a Native American woman, I have a genuine passion for helping indigenous communities,” Burns said.

She says that her most inspirational mentors have been her mom, Marlo, and dad, Dave.

“They’ve taught me that with a positive attitude, I could see positive results,” she said. “In any sport, teams are faced with adversities that require a persevering mindset to overcome.”