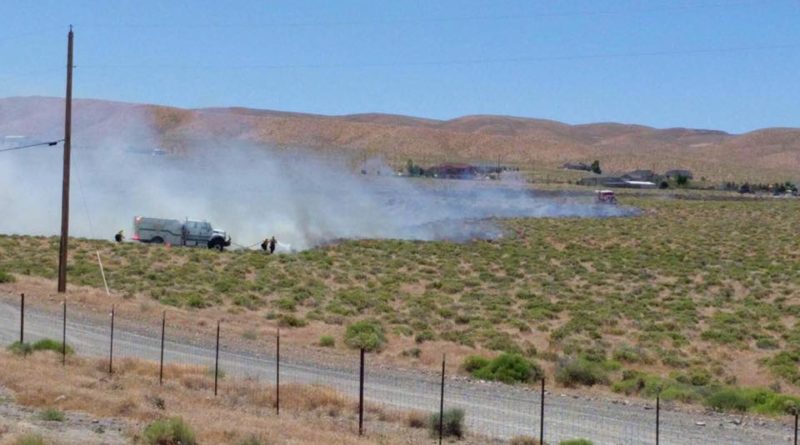 Crews began immediate fire attack on an approximate 1/2 acre fire. It quickly grew in size consuming 22 acres of grass and sage brush. Homes were threatened for a period of time.

Crews from North Lyon Fire were joined by Nevada Division of Forestry, Bureau of Land Management, Central Lyon Fire, Mason Valley Fire, Storey County and Truckee Meadows. The fire was contained around 4 p.m. and crews were mopping up.

There were no structures damaged or reported deaths/injuries. The cause of the fire is under investigation.