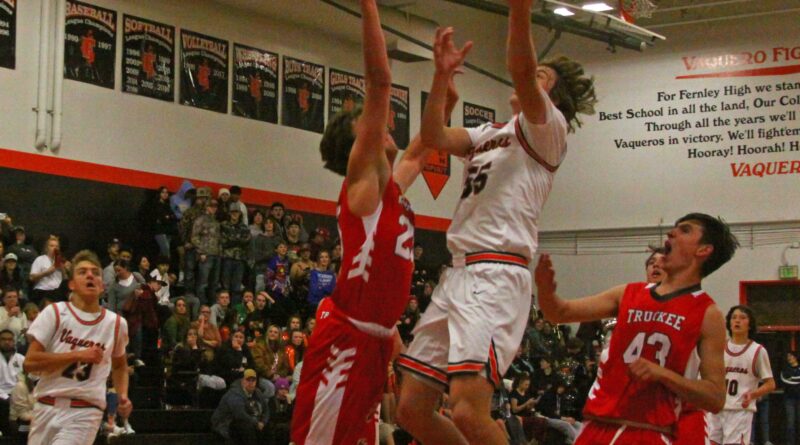 Although their two matchups later this winter will carry much bigger stakes, Fernley and Fallon will renew their rivalry Monday, when they face off in the first round of the Rail City Classic at Sparks High School.

The Vaqueros struggled offensively against Truckee, until putting the game away with a big fourth quarter.

After leading just 48-45, the Vaqueros hit 10 consecutive free throws in the final 1:02 of the game to put it away.

A pair of  3-pointers midway through the fourth quarter helped them get some separation from the Wolverines. Josh Cartagena drained one with 4:56 left in the game that stretched Fernley’s lead to 40-33, and a couple possessions later, Ryan Gamsby splashed one for a 45-39 lead. Truckee got back within three twice, but was forced to foul to stop the clock and the Vaqueros were able to capitalize and put the game away.

Jett Caudle had a big game for the Vaqueros with 22 points, five rebounds, seven steals and three assists, and he went 6-6 at the free throw line. Cartagena scored 14 points and had five rebounds, while Carson Kingston added 10 points and six rebounds.

The third quarter was the difference against Sparks, as the Vaqueros pushed an 8-poing halftime advantage to 18, outscoring the Railroaders 20-10.

“I was pleased with our effort but we are still making a lot of mistakes that we need to clean up,” coach Derek Miller said. “We still have a long way to go to be where we want to when league starts.”

Against Reno, the Vaqueros fell behind by 12 in the first quarter, but pulled into a tie at the half. Reno hit a deep 3-pointer at the third quarter buzzer to go to the fourth with a four-point lead, and cashed in a couple of Fernley turnovers late to seal the win.

“I have been stressing to the boys that good teams will make us pay when we make mistakes and Reno did,” Miller said. “It was definitely a good game for us to learn from.”

Kingston led the Vaqueros with 20 points and 11 rebounds, Caudle had 16 points and Cartagena scored 13. 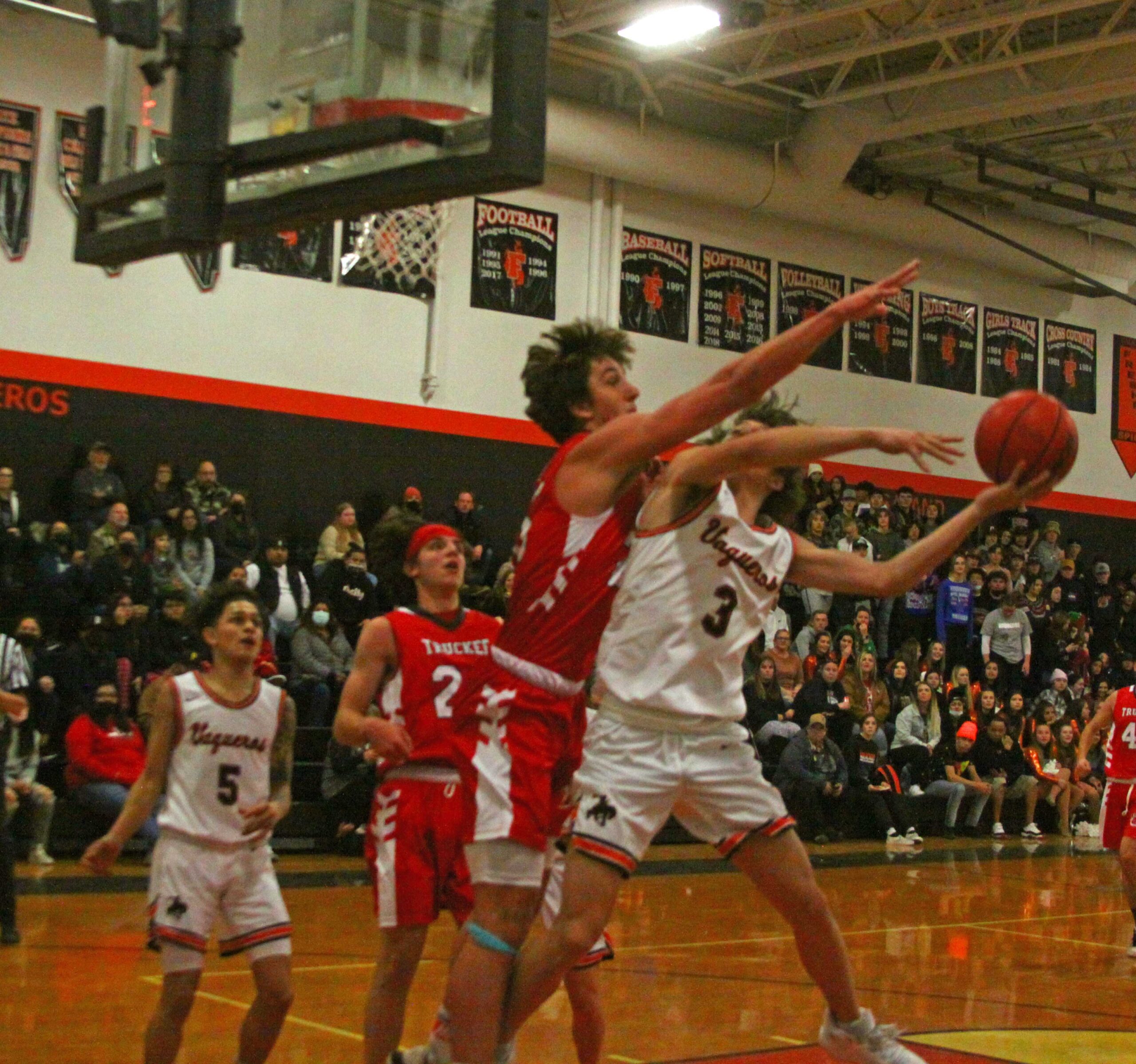 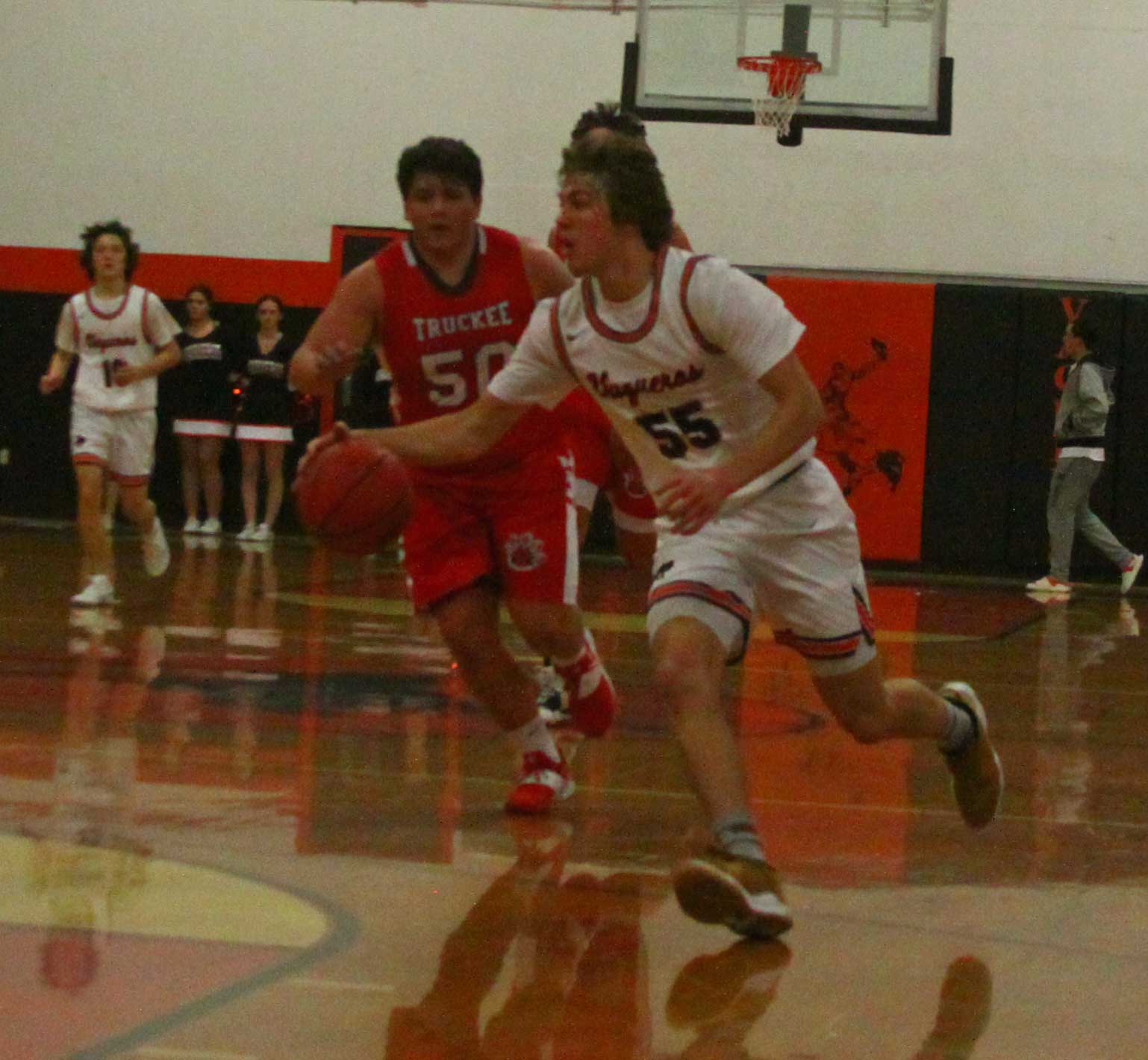 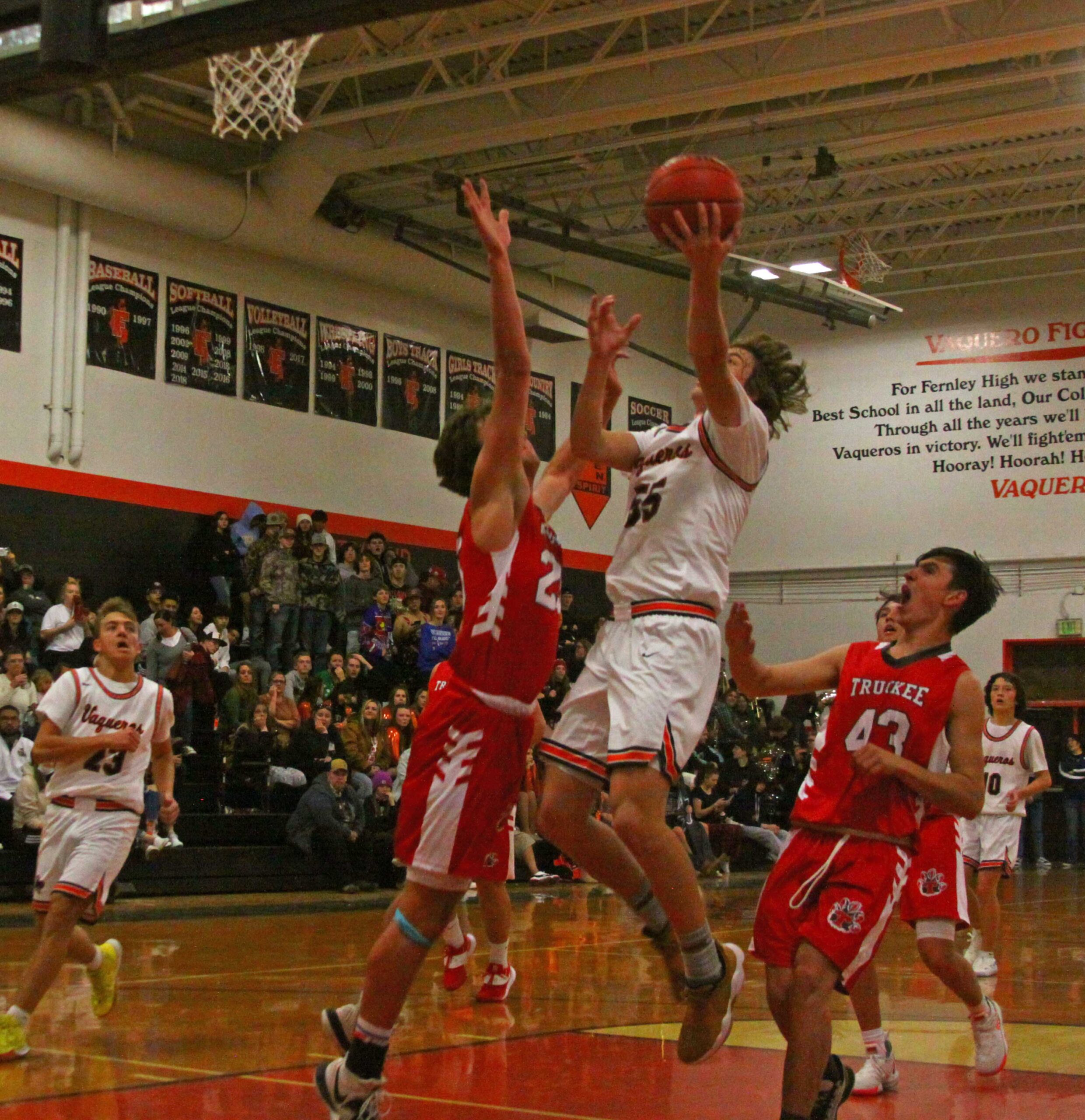 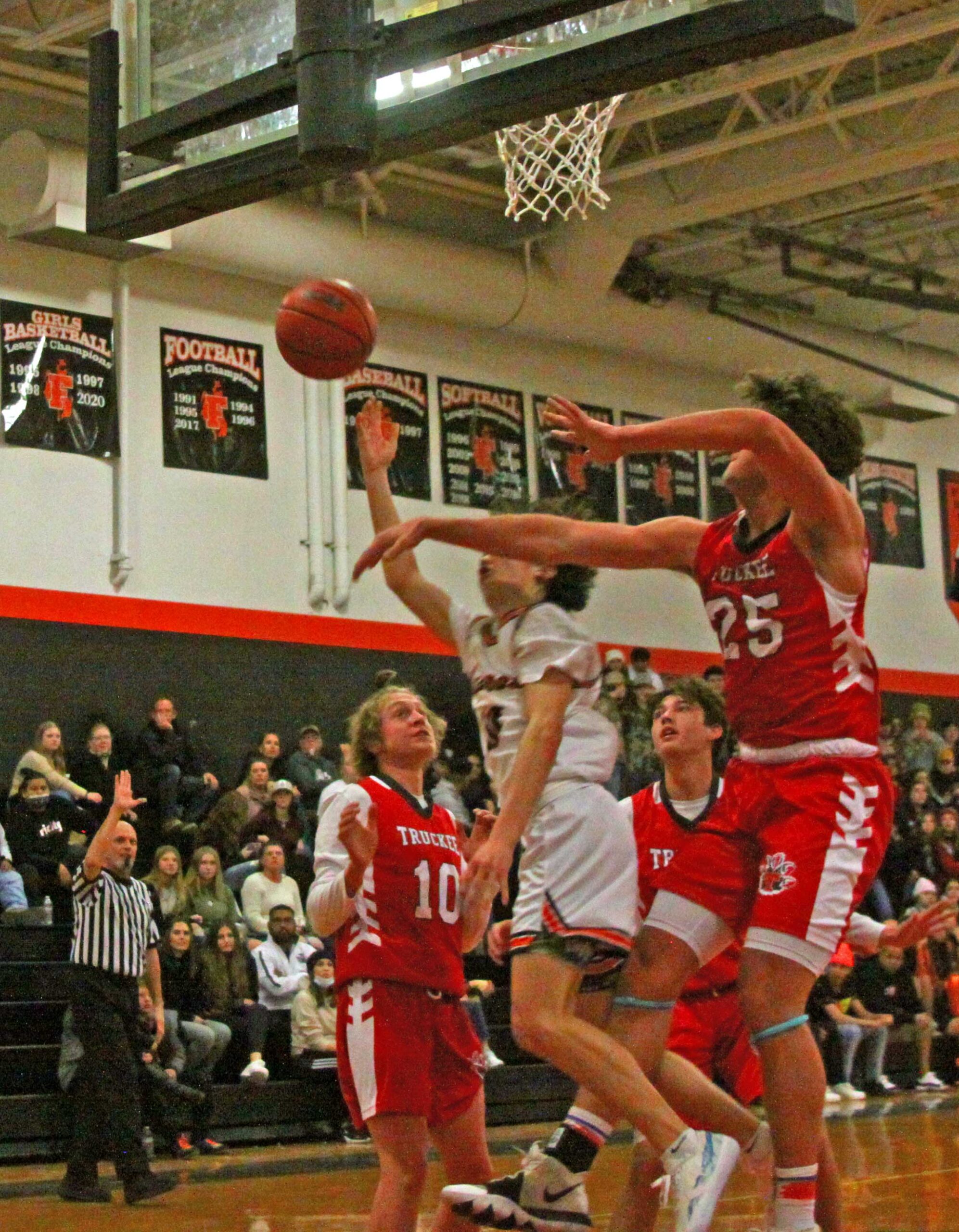 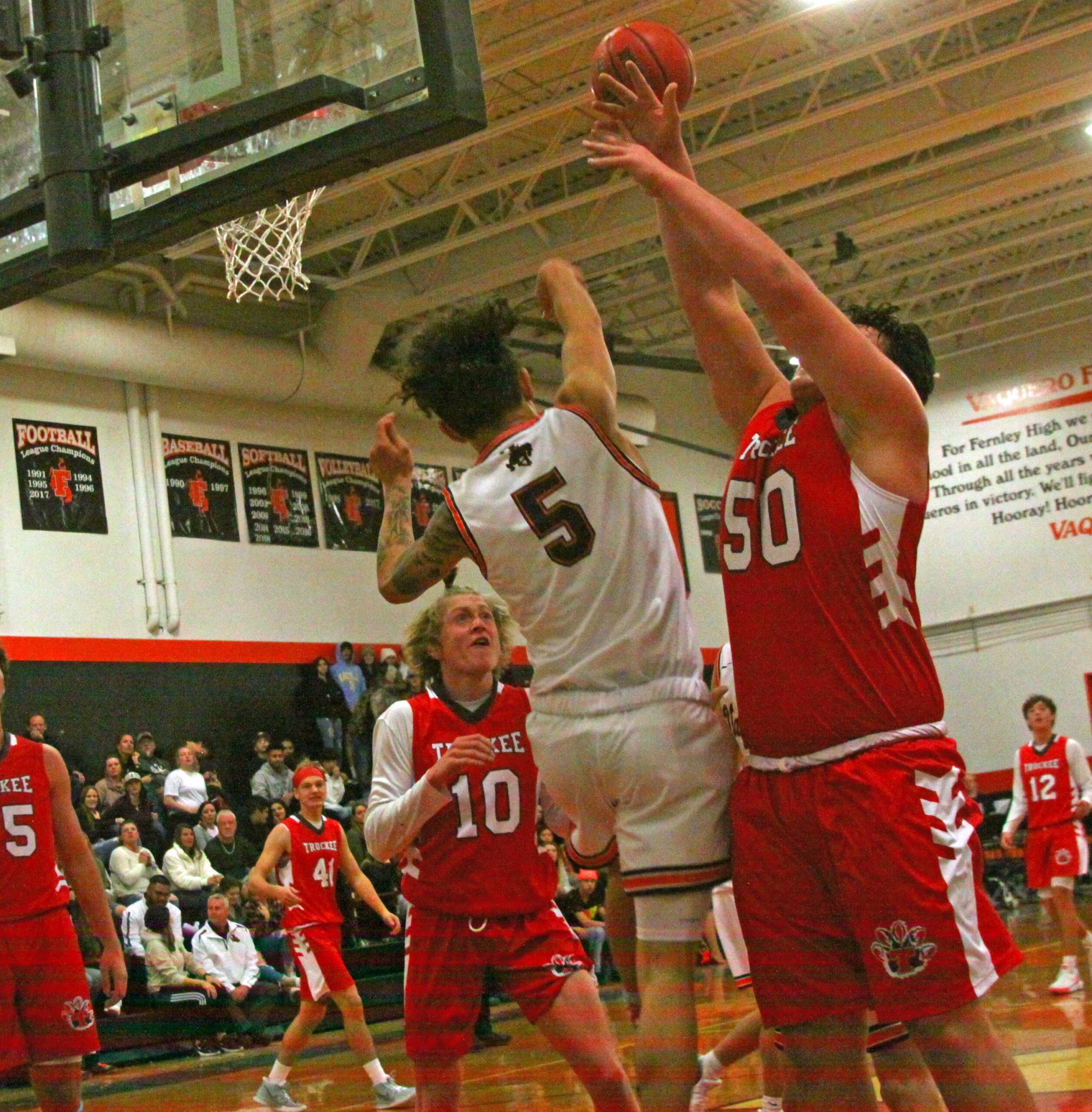 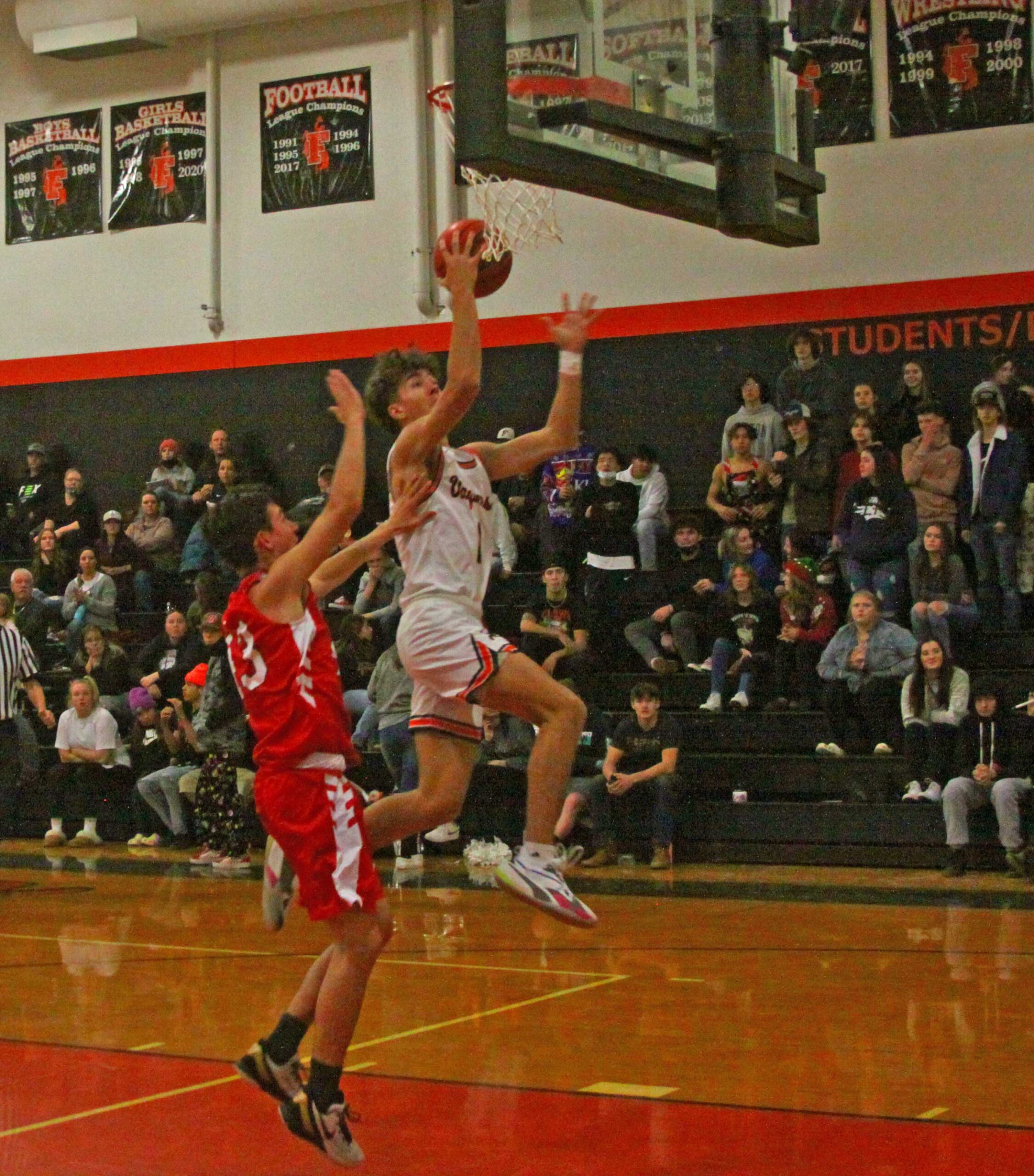