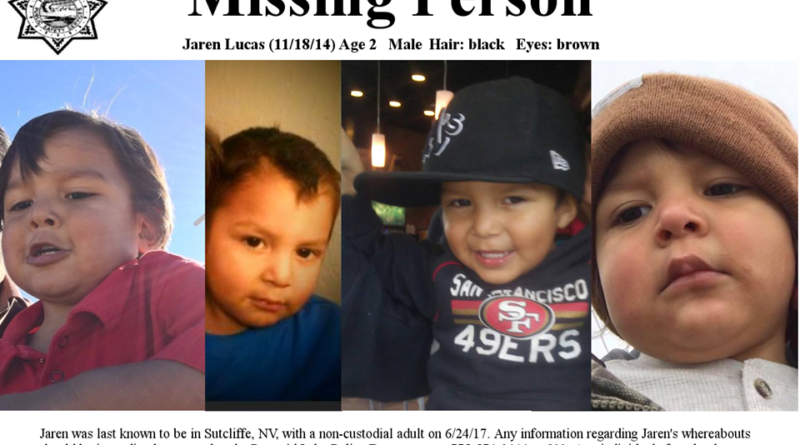 The Pyramid Lake Police Department is asking for the public’s help in finding a missing boy who was last known to be in Sutcliffe.

Jaren Lucas, 2, was last seen with a noncustodial adult in Sutcliffe on June 24. He has black hair and brown eyes.

Any information regarding Jaren’s whereabouts should be immediately reported to the Pyramid Lake Police Department at (775) 574-0444 or 911.

Any individuals found to be concealing or attempting to conceal Jaren for the PLPD or Pyramid Lake Social Services will be prosecuted accordingly.