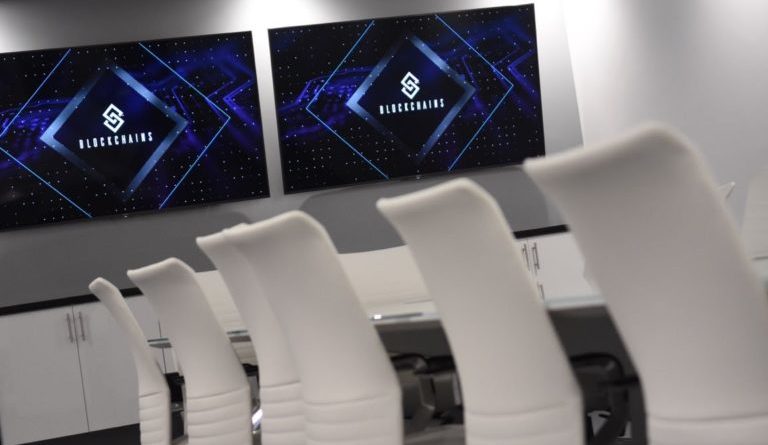 Eleven months after purchasing a chunk of land nearly the size of Reno, Blockchains LLC is finally going public with its ambitious plans to build a public-focused blockchain-centered tech oasis in the Nevada desert.

At an event in Prague on Thursday, company CEO Jeffrey Berns made a long-awaited announcement about the plans of the enigmatic company, which purchased 67,000 acres of land at the Tahoe-Reno Industrial Park in January but has been mostly tight-lipped about its planned use in the subsequent 11 months.

Berns, who made the presentation alongside a hologram of the young girl who appears in the company’s promotional videos, outlined additional details of the company’s proposed “Innovation Park” at the conference, which he said would “highlight the power of the public blockchain” through various projects including a blockchain-based master-planned community, a promised e-sports arena and a blockchain-servicing bank.

Berns, a multimillionaire consumer protection attorney, acknowledged that little in his background is related to blockchain development, but said he was enough of a believer in the technology’s potential to put up $250 million to get the company off the ground.

“I’m not a developer,” he said. “I have no idea how to code. I’m older than most of you in the audience, and I come from a profession that many of you think causes more problems than solutions. But I will tell you this: In all my life, in all of my career as a lawyer, I never saw a technology that I believed in more or one that I thought really could change the balance of power back to us instead of corporations, instead of Wall Street.”

In the abstract, blockchain technology is essentially a public digital ledger open to users and distributed across the internet. Bitcoin, the digital cryptocurrency, is probably the best known example of the technology, but Blockchains relies on another platform called Ethereum that allows users to develop and build applications for various purposes, from executing contracts to tracking a supply chain.

“No government, no bank, no corporation,” Berns said Thursday. “Just trusting in math.”

Berns said that one of his biggest fears would be seeing established financial and banking players decide to use their own private blockchain technology and requiring their customers use it as well, which he said went against the point of the technology. To that end, he said 90 percent of the company’s ownership and 100 percent of its voting rights would be shared between five or six “stakeholder groups,” one of which would include developers, which will allow them to create their own governance structures and corporate models.

“It’s not really even a company,” he said. “I think, really, this is me trying to create a movement to use the public blockchain to empower the individual. To change the way we do things. And all I’ve done is wrapped a company inside it in order to monetize and perpetuate this movement that I hope we’ll all share in.”

Several details of the company’s plans have trickled out over the past year, including an initiative to develop a high-speed fiber network in rural Storey County and to hire between 10,000 and 20,000 people within the next decade to build the “blockchain center of the universe.”

Additional plans include creation of a residential living space on company land that would use blockchain technology to develop houses, apartments, banks, markets, stores and schools. The New York Times reported Thursday that the company is working with Storey County on a master-planned community with thousands of homes and a school, but that construction isn’t scheduled to begin until late 2019.

Berns also announced a lightly-detailed plan to create an “immersive content creation studio” that he described as a cross between a movie studio, recording studio and game developer, highlighting his own experience as the publisher of a blockchain-based news website.

As part of the company’s commitment to custody of digital records, Berns said it had put up the funds to purchase nuclear bomb-resistant storage bunkers in Georgia and Wyoming and planned to construct another one in Nevada. He said the company had also purchased space at similar high-security facilities in Switzerland and Sweden.

“What we will be able to do is provide security that is unmatched, that no bank, no single government will be able to offer to the people that want to put their digital assets in storage here,” he said. Berns said that he had purchased an unnamed bank, and planned to make it the most “consumer-friendly, transparent” banking institution that would cater to blockchain users and companies.

He also highlighted a somewhat controversial designation of Storey County as an “Opportunity Zone,” a creation of the tax overhaul legislation designed to spur development and investment in zip codes with low prosperity by providing capital gains tax breaks to investors who place their money in qualified funds in that area.

Berns also referenced the company’s Wednesday announcement of a memorandum of understanding with NV Energy to develop blockchain-based energy products, and said to expect similar announcements coming out in the next six months.

On a more local level, the company appears to be contracting with prominent advertising firm R&R Partners, and two company executives — Pete Ernaut and Michon Martin — could be seen greeting Berns after the event.

Disclosure: R&R Partners and NV Energy have donated to The Nevada Independent. You can see a full list of donors here.