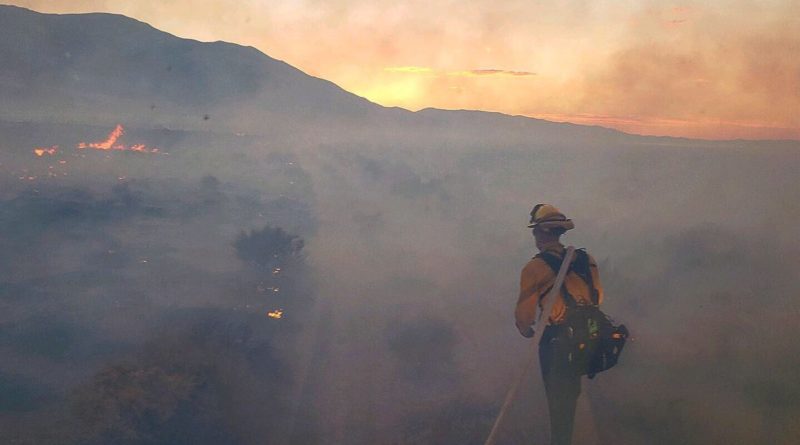 While fire crews continue to battle the Black Mountain 2 Fire near Pyramid Lake, a second fire five miles away has been contained, the Sierra Front Interagency Dispatch Center reports.

The Black Mountain 2 Fire has reached 750 acres and was 40 percent contained as of Saturday morning. The fire was caused by lightning.

Another fire five miles south of Black Mountain 2 that crews called the Deadwash Fire was contained at 16 acres and crews are mopping up the scene.

State Route 447 was closed south of Nixon near Little Nixon Rd., but is now open. No structures were threatened by either fire.