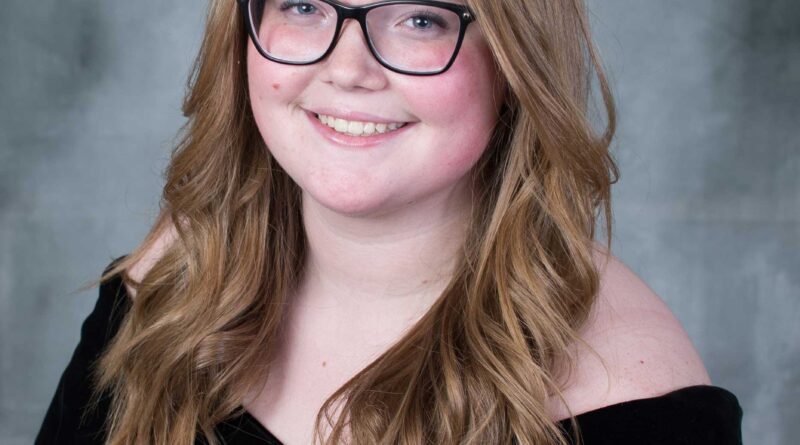 Cailynne Bixby and Persephone Mulei took different approaches to their high school careers, but their shared drive to succeed academically landed them together as the top two graduates in the Fernley High School Class of 2022.

Bixby will graduate as the Valedictorian, ranked first in their class, while Mulei is the Salutatorian, ranking second.

The Class of 2022 Graduation Ceremony will be held at 6 p.m. Friday on the Fernley High School baseball field.

The daughter of Amber and Chris Bixby, Cailynne is graduating atop her class with an unweighted grade point average of 3.8361 and a weighted GPA of 4.6881. She also graduated from Western Nevada College through the Jump Start program with an Associates of Science degree.

She plans to attend either the University of Nevada, Reno or Western Governor’s University as an education major with the goal of becoming a third-grade elementary school teacher.

She has been awarded the Fernley High School Booster Club Scholarship, and will find out at Wednesday’s Senior Awards Night about other scholarships and awards she has earned.

Bixby was a member of the Fernley High School yearbook staff for all four of her years in high school, serving as editor for the past two years. That allowed her to be involved with all of the various school activities, and she said it also kept her connected with her friends and classmates, since the students in the Jump Start program spend so much time apart from their peers at school.

“I pushed to keep myself involved in yearbook, because there were days I wished I was still in class with my friends,” she said. “For two years I was with the same 12 people every day.”

Bixby started with the yearbook because she was interested in photography, and she said she eventually started getting better and more confident at it, to the point where she took the senior portraits for several graduates. If she attends UNR, she hopes to continue with photography of Wolf Pack sports, and even if not, she plans to take some photography classes.

Bixby said becoming valedictorian has been her goal since she was a sophomore, when, on a whim, she asked her counselor where she ranked in her class, and found out she was first.

“I very much wanted to keep myself ranked there,” she said.

Bixby said she has always been very school-oriented, and if she had a class assignment to finish, she would skip social events. When her own motivation lagged, or when she was feeling overwhelmed, she said her parents were always there to support her.

“Just being there, supporting me, taking a second to calm me down,” she said.

Bixby cited Jackie Kingston as her most influential mentor in high school, but she said her third grade teacher, Kelly Ward, is the reason she wants to be a teacher herself.

“Something about the way she taught me in third grade had me,” Bixby said. “I have wanted to be a teacher since that. I saw the way she changed my life for the better and I want to do that.”

Bixby said her fondest memories of high school are of Homecoming Week.

“Being with my class, really united and working together,” she said.

The toughest part was the two years in the middle, which were disrupted by the Covid-19 pandemic. Her sophomore year was when school was closed in person for the final two months.

“For 10 years you go to school in person, and then all of a sudden, you have to do it by yourself online,” she said.

Compounding that, when her junior year started and school was in a hybrid model, was right when she started in Jump Start.

“I wasn’t getting that one-on-one time,” she said.

If she were asked to give advice to incoming freshmen, Bixby said she would tell them to do their school work.

“If you just try, you can get through,” she said. “I know the want that I have is super rare, but just do your work.”

Bixby said speaking to her classmates on graduation night will be a happy, but also a sad, moment.

“It’s sad because I’ve been with most of these kids for the last 12 years,” she said. “It’s sad to say goodbye and go our separate ways, but it shows all we’ve accomplished in four years and we’ve worked our butts off to get to where we are.”

The daughter of Antonio and Nikko Mulei, Persephone is the Salutatorian with an unweighted GPA of 3.8269 and weighted GPA of 4.68. She also graduated from Western Nevada College through Jump Start with an Associates of Arts degree with an honors designation.

Mulei plans to attend the University of Nevada, Las Vegas to major in criminal justice and is looking to go into forensics or law.

She has qualified for the Millennium Scholarship and will also find out Wednesday night what other scholarships and awards she has earned.

Mulei said she did not get involved in school activities outside of class, except for trying track and field her sophomore year.

“I was more into academics, and I just had fun hanging out with my friends,” she said. “When I was looking over what I had to do, it would away take a lot of time I could spend with family and friends.”

Outside of school, her family is involved with the Rocky Mountain Elk Foundation, and she spent a lot of time writing. Mulei has self-published three young adult fiction novels on Amazon under the pen name Hanako Iwata. The books have been translated into Japanese and she has sold quite a few books in Japan.

“At the moment it’s more as a hobby, but I plan to continue it,” she said.

Mulei said her father graduated third in his class at Wooster High School, and she had the goal to do better than that, but she didn’t know where she ranked until she was filling out a college application that asked her class rank.

“When I got to high school I did want to do well, I wanted to be one of the top graduates, but I didn’t know how I was going to do it, because in honors classes there are a lot of smart kids,” she said.

“I was very worried about being successful and becoming the person that my family can depend on, so what I was doing was very important to me,” Mulei said.

With the demands of her classes and Jump Start, Mulei said it was important for her to have time away from it all with her friends.

“It’s hard to work when you burnt out,” she said. “The first year of Jump Start was an uphill battle, and taking regular breaks is important to stay motivated.”

Mulei said she is looking forward to making her Salutatorian speech.

“I was so excited when Mr. Jones told me it was official, I went home and wrote it that night,” she said.

Her theme is that success is measured not by how many accomplishments you have, but by your difficulties and how you overcome them. She said overcoming the Covid-19 disruptions was one of the successes of this year’s graduating class. She said even when school went online, Jump Start students still had to report in person, and the loss of the sports seasons and school activities made her realize how important things like school dances are to help space out the year and break the monotony.

Mulei said she would advise incoming freshmen to get their work done, but to take time to have fun as well.

“These are precious years before everything changes,” she said.

Editors note: This post was updated to reflect that Persephone Mulei’s weighted GPA is 4.68.