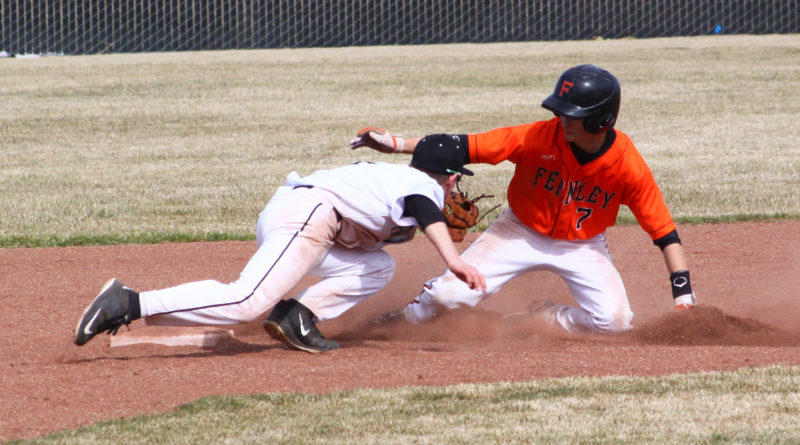 Two weeks into the season, Fernley coach Jerry Torres has already been proven right in his belief that the Northern 3A race will be wide open this season.

The Vaqueros put their 3-0 league record on the line at Fallon today at 3 p.m.

The Greenwave is 4-1 in league play, having beaten South Tahoe in two of three games and Truckee in both games of a doubleheader March 25. The game March 24 between Fallon and Truckee was postponed because of rain.

Zach Burns threw a complete game in the first game of the series, allowing just 3 hits and 1 unearned run with 6 strikeouts, while Drake Howe went 2-4 and drove in 2 runs.

In the second game, Heimbruch was 3-4 and drove in 3 runs, including the game winner after Truckee had tied the game at 5-5 in the top of the 7th inning. Josh Kirk was 2-3 and drove in two runs, while Sam Ramirez and Gabe Wilson each scored twice.

In the third game, Truckee rallied from a 7-4 deficit to take a 10-7 lead in the top of the 7th, but Jay King hit a game-winning 3-run home run, his second of the season.

Torres said every team in the league is competitive this year, and the games against Truckee are indicative of how difficult it will be to win all season.

“It’s going to be tight all year in our league,” he said.