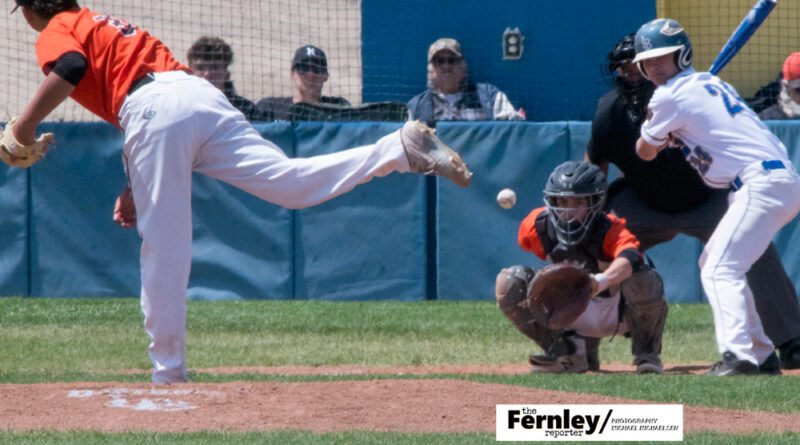 The Fernley High School baseball team saw its seven-game winning streak come to an end in the last game of a three-game series last Saturday, but the surge was good enough to earn them the No. 2 seed with a 9-6 league record for this weekend’s Northern 3A East League Tournament in Winnemucca.

The Vaqueros followed up a sweep of Lowry the previous week by winning the first two games of a three-game series against Elko, before losing the third game.

In the first game of the series in Fernley last  Wednesday, the Vaqueros built an early 8-0 lead and rode it to a 12-2 win. The Vaqueros scored their first two runs on errors in the bottom of the first inning, then made it 3-0 on a groundout by Brandon McCullar that score a run.

After Elko scored twice in the top of the fourth, the Vaqueros got the runs back in the bottom of the fifth on a two-run single by Ryan Gamsby, then Levi Jessop ended the game by the 10-run rule with a two-run home run.

Saturday, the Vaqueros won the first game of a doubleheader in Elko, 14-0. The Vaqueros scored four times in the first inning. First, Jones scored on an error, then three runs scored on a play that started with a single by Jessop.

Gamsby added a two-run double and Tucker Hall drove in a run with a single as part of a six-run third inning to stretch the lead to 12-0.

Fernley added two runs in the fifth inning on a passed ball and a wild pitch.

Hall was the winning pitcher, allowing just two hits with four strikeouts and no walks.

In the final game, Elko used a four-run fifth inning to pull out a 6-3 win.

The Vaqueros scored first on a sacrifice fly by Reeves in the top of the first inning.

Elko scored two runs on an error in the third inning to take a 2-1 lead, but the Vaqueros went back up 3-2 on an error and a run-scoring double by Gamsby in the top of the fifth before Elko’s winning rally in the bottom of the inning.