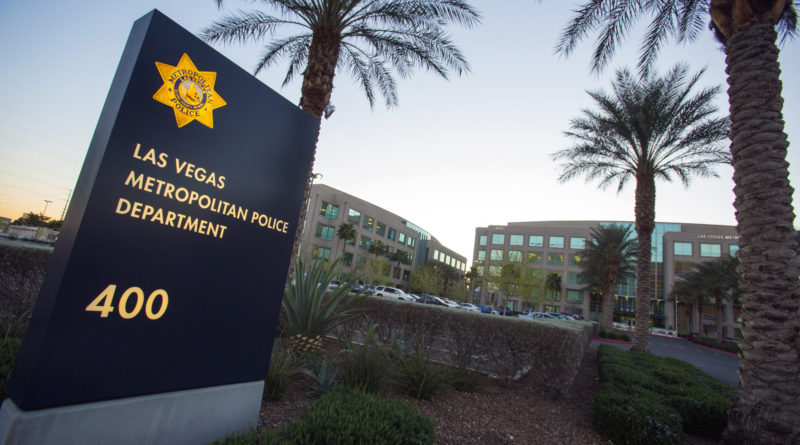 It’s been more than two years since Nevada began chipping away in earnest at its backlog of nearly 7,700 rape kits — some of which had gone untested for more than three decades.

State officials are celebrating progress they’ve made in processing hundreds of those kits — which consist of biological samples collected from people who say they’ve been victims of sexual assault — and making a handful of arrests in cold cases. But law enforcement officials realize they have got to come up with a long-term solution to ensure a “chronic undersupply” of labs and DNA technicians that doesn’t create more bottlenecks in the future.

Funding infusions, including $1.35 million approved in recent weeks to beef up staffing at forensic labs, are just a stopgap.

“Ultimately, the counties must identify a source of permanent funding for the operation and maintenance of enhanced forensic testing facilities,” the Nevada attorney general’s office said in a proposal for more funding. “Until this occurs, backlogs will continue to accumulate and justice will be delayed for sexual assault victims.”

Keeping up in the DNA era

For years, there was a lack of knowledge within the law enforcement sphere about how DNA testing could identify repeat sex offenders. That was compounded by a lack of resources for understaffed forensic labs, which must process not only sexual assault evidence, but DNA related to homicides, burglaries and a host of other crimes.

In Nevada, the Las Vegas Metro Police Department’s crime lab didn’t start using DNA testing until 1999, previously relying on a lower accuracy blood serum test that led to convictions as low as 1 in 33 people. And even once DNA testing technology started to improve, detectives wouldn’t request rape kits tested if there was more valuable evidence in a case, if the victim decided she didn’t want to prosecute or if the perpetrator was known.

That led to an estimated 175,000 untested kits, formally known as sexual assault forensic evidence kits, that sat on the shelves of police departments nationwide since they were first collected.

Metro has been concerned about its backlog for nearly a decade, but it has only been in the last couple of years that Congress and other agencies have offered grants to help local law enforcement pay to test their backlogged kits. The department’s crime lab counts about 6,500 kits — 5,600 from Metro and 900 from other law enforcement agencies in Southern Nevada the lab serves — collected between 1985 and 2014 in its official backlog.

Metro’s crime lab serves Esmeralda, Lincoln, Nye and Clark counties, while Northern Nevada is served by the Washoe County Sheriff’s Office’s lab. There were 1,179 untested rape kits in Northern Nevada’s backlog as of 2015, and 31 percent of those have been submitted for processing, according to sheriff’s spokesman Bob Harmon.

Metro has already secured the estimated $4.7 million needed for the department to process the 6,500 backlogged kits: $2 million from the Manhattan District Attorney’s Office and $2.7 million from the Nevada attorney general’s office, including $1.4 million as a subgrantee from a federal grant and $1.3 million in settlement funds.

Since 2015, Metro has tested 1,806 kits, about 28 percent of the backlog, which have led to 445 entries in the federal DNA database CODIS, the Combined DNA Index System, and 180 “hits” in that database, said Metro crime lab Director Kimberly Murga. Metro has issued 11 arrest warrants and 27 search warrants and made six arrests stemming from those CODIS hits.

Murga described the department’s 40 percent CODIS hit rate as “very high” and noted that as the lab gets closer to processing the newer kits, police expect to have an even higher hit rate, since more of the offenders are likely to be in the database. But an increasing number of hits will also put a demand for more resources to hire sexual assault investigators and prosecutors.

But now, the department is under the gun to process the kits more quickly. Under a new law passed in the 2017 legislative session, any rape kits must be submitted to the designated crime lab within 30 days, and the labs must test those kits within 120 days of receipt.

To help the crime labs outsource kits and add in-house staff to comply with the new demands, the legislation included a one-time appropriation of $3 million, and the legislative Interim Finance Committee recently approved designating $1.35 million that the state received in settlements with Hyundai Motors and the pharmaceutical company Amgen.

Of the $4.35 million in funds, Metro will receive about $2.7 million, while the Washoe County Sheriff’s Office which receive $1.65 million.

“After working for the last two years to secure funding to test backlogged kits, our next goal was to ensure that Nevada honors future victims and survivors of sexual assault through mandatory testing of new kits,” Laxalt said in a statement after IFC approved designating the funds to testing. “Today’s initiative is a significant step towards making mandatory testing in Nevada a reality. I express sincere thanks to Nevada’s Legislature for their partnership in this initiative and for their unanimous bipartisan support of the Office of Attorney General on this important issue.”

The one-time appropriation, which is slated to fund rape kit testing at the crime lab through June 2019, won’t be enough to hire the eight permanent staff members the department says it needs to process kits on an ongoing basis. During the session, Metro had asked for $1.6 million each year to comply with the 120-day turnaround time for testing kits, with plans to hire eight people to process the kits and pay for supplies needed for running the tests.

Between now and June 2019, the department will test 1,574 kits, including about 750 untested kits that have accumulated since January 2015 and an estimated 618 additional kits that will need testing by the end of 2018. The department plans to use the $2.7 million to outsource 1,496 of the kits and hire three new people, with a salary and benefits package of about $94,000 a year per employee.

The hiring process for the lab employees is expected to begin immediately, with the goal of having the technologists trained by January 2019. The three employees are expected to be able to test 78 kits in their first six months of work.

“By expanding our personnel by three, we’re increasing our capacity,” Murga said. “We hope to have this issue addressed in legislation in two more years to see if we can continue our funding stream. We’d like to hire more people to maintain the pace with all the kits being collected.”

She said that the department doesn’t have the funds defined right now to continue the salaries of the three new crime lab staff members beyond June 2019 but they don’t expect they’ll be laying off any of them. Rather, Metro hopes that the Legislature will fund the three positions and, ideally, five more come 2019.

Washoe County, meanwhile, will use its $1.65 million to outsource 120 kits while expanding its laboratory and hiring six new lab technologists at a cost of $120,102 per year, per employee. The new employees are expected to test 999 kits between now and June 2019.

Murga said Metro is “extremely grateful” for the $2.7 million to get it started with complying with the shorter timelines. She also acknowledged the significant role that victim advocates, prosecutors and sexual assault investigators, which she described as the other three slices in the “pie,” play in taking action once the crime lab processes the kits.

Daniele Dreitzer, executive director of the Rape Crisis Center, described the testing process as a “mixed bag.” While some victims appreciate the closure and learning that a perpetrator has been caught, it also dredges up emotions from past trauma.

She said the testing alone isn’t the end-all, be-all. Law enforcement can improve their handling of sexual assault cases in other areas, such as learning how to better interact with victims during interviews and coordinating better with agencies that can provide services to victims.

Nevada as part of larger push

Laxalt formed the Nevada Sexual Assault Kit Backlog Working Group in 2015, which crafted a precursor to a measure that successfully cleared the Legislature. The bill put forward by Laxalt’s office initially required sexual assault kits be sent to crime labs within 30 days and tested within 180 days of receipt.

The measure that Sandoval signed into law — a compromise between the attorney general’s office and Democratic in the Legislature — requires the attorney general to designate a department to establish a statewide program to track rape kits and requires that department to submit to the governor and the director of the Legislative Counsel Bureau biannual reports about the program.

On the national level, Sen. Dean Heller joined a bipartisan group of senators this week to introduce a bill in Congress that would reauthorize, strengthen and extend the federal Sexual Assault Forensic Registry program to help reduce the rape kit backlog nationwide. Heller said the bill would help Nevada law enforcement with its efforts closer to home.

“Victims of sexual assault deserve swift justice and nothing less,” Heller said in a statement.