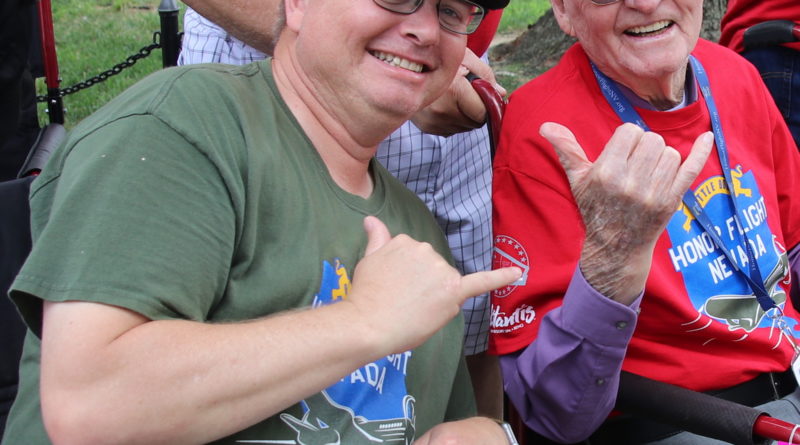 Due to the risk of coronavirus exposure, special ceremonies to honor and recognize the VOM and VSM will be postponed until it is safe to resume them once again because of the coronavirus pandemic..

In 2004, Sousa joined the Veterans of Foreign Wars Silver State Post 3396 in Sparks. He served at the local, district and national levels over the years. He even achieved All-American Commander status on a Post level twice, and at one point, was named the VFW Outstanding Veteran for the Department of Nevada. He remains a Gold Legacy Life Member of the VFW.

In his spare time, he has dedicated his life to the enrichment of an elderly veteran, 94-year-old Sheldon Beigel, ensuring he does not miss any community spirit event or opportunity to live lift to its fullest. Sousa continues to be the anchor of Nevada’s Gold Star Families and was a key figure in the establishment of the Gold Star Family Memorial located on the campus of the Northern Nevada State Veterans Home in Sparks.

Sharon Oren is a key figure in the military and veteran community in Nevada. He is an immigrant from Israel where he was a decorated officer and a disabled combat veteran of the Israeli Military. He has seen the horrors of war, up close, first-hand and personal and his experiences have ingrained him with a special imperative to aid and assist our American veterans.

He has contributed financially to the American Legion, Veterans of Foreign Wars and Disabled American Veterans in Nevada for many years. He has been instrumental in assuring the continued success of Honor Flight, Nevada. He has personally accompanied our disabled World War II and Vietnam War veterans on several Honor Flights and personally assisted logistically, helping individual veterans with disabilities by pushing them in their wheelchairs, helping them to be seated on the aircraft, escorting them to the restroom as needed and even assisted incontinent veterans change their inner protective garments when required for their safety and comfort.

For Honor Flights he did not accompany, Oren welcomes the veterans home to the Reno-Tahoe International Airport them home in the manner that they so well deserve. In addition to his assistance with Honor Flights operations, he was also instrumental in the development and the construction of the Gold Star Memorial in Reno for Nevada’s Gold Star families in a lasting tribute to the gallant men and women of Nevada who sacrificed their lives in service to our Nation.

The Veteran of the Month is awarded to veterans across Nevada who have gone above and beyond the call of duty, specifically with respect to volunteer work in support of veterans and the military. The Veteran Supporter of the Month award recognizes both organizations and non-veteran Nevada community members who support military members stationed in Nevada, Nevada Veterans, and their families.